Qatar is an open goal for property investors

Rents are rising and real estate is flooding the market, but measures are being taken to curb oversupply after the World Cup final

Five months before the FIFA World Cup kicks off, it is already having an impact on Qatar’s property market.

Residential rents have increased by between 5 and 15 percent in recent months, according to Ravvy Kaur, a senior manager at CBRE Middle East – “largely due to the demand felt as a byproduct of the tournament”.

Housing supply is also expected to accelerate following the completion of large projects this year.

More than 15,000 new residential units in Qatar are expected to be on the market by the end of 2022, according to a report by housing consultancy ValuStrat.

To avoid a sharp increase in the supply of housing immediately after the tournament, it is “envisaged that a handful of large developments will be reserved by the government ahead of the World Cup and held on Eskan leases for several years”, said Kaur.

Under the Eskan leases administered by the Supreme Committee for Delivery & Legacy, property owners can lease their property to the government for up to five years, including the duration of the World Cup, to reduce short-term oversupply.

Qatar, like most developed economies, is witnessing “an urban sprawl, in this case from Doha into other localities such as Al Daayen to the north and Al Wakra to the south”, Kaur added.

“Over the last five years, many prospective tenants and purchases have begun to consider other localities, yet Dafna in Doha is technically still the definitive CBD for Qatar.”

The country is expecting an estimated 1.7 million visitors for the World Cup and has embarked on a massive programme of hotel development to accommodate them.

Over 100 new hotels and serviced apartment blocks are expected to be available in Qatar by the time the tournament kicks off on November 21.

More than 15 hotels are understood to be under construction in Lusail, close to the stadium that will host the final in December

Investment in retail has also increased dramatically, with Qatar’s supply of organised indoor retail accommodation reaching in excess of 1.5 million m2 by 2021, according to CBRE.

“The most recent retail destinations to complete include Abu Sidra Mall and the Galleria, both of which are open but yet to reach full capacity,” said Kaur.

The newly completed Place Vendome Mall opened in April and Commercial Boulevard is set to launch later this year.

A study published in February by property consultancy Cushman and Wakefield Qatar revealed that the current supply of organised retail space in Qatar has increased by more than 100 percent in six years, Kaur added.

The stadiums and accompanying infrastructure are attracting the most attention however.

The Lusail stadium opened behind schedule this year but others, including Al Bayt and Al Thumama, were officially launched in 2021.

All eight stadiums are on track to achieve at least a four-star certification from the Global Sustainability Assessment System, according to the Supreme Committee, while Stadium 974 on Doha’s waterfront will be the first fully demountable tournament venue in World Cup history.

Is there a risk that Qatar is overbuilding, or that demand will plummet once the tourists have gone? “The rate of construction is intended not only to ready the country ahead of the FIFA World Cup 2022, but to serve as the engine in accomplishing Qatar’s Vision 2030,” said Kaur.

“The vision essentially builds a bridge between the present moment and the envisaged future of Qatar.

“The national vision aims that, by 2030, Qatar becomes an advanced society capable of sustaining its development while defining the long-term goals of the state.” 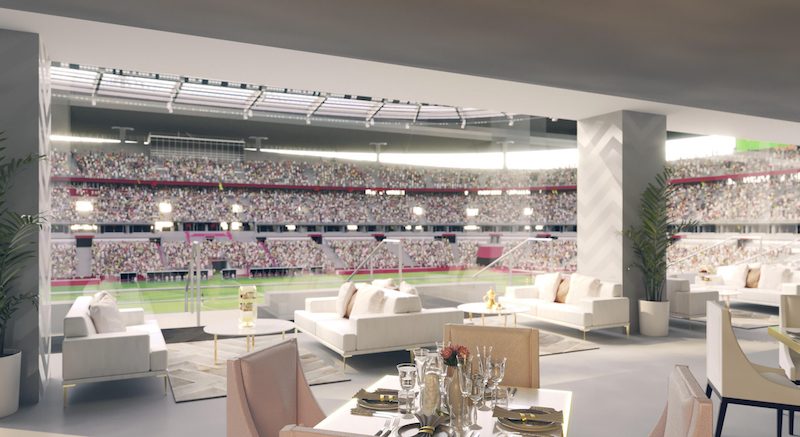 UAE residents have bought 7,500 hospitality packages for the Qatar World Cup, with the most expensive option costing an eyewatering $1.6 million. Football fans wanting to attend Qatar 2022 matches have two routes: FIFA's ticket lottery, where prices start at 40 riyals ($10.99) for Qatar residents or 250 riyals for international supporters, or one of the official hospitality packages, which begin at $950. 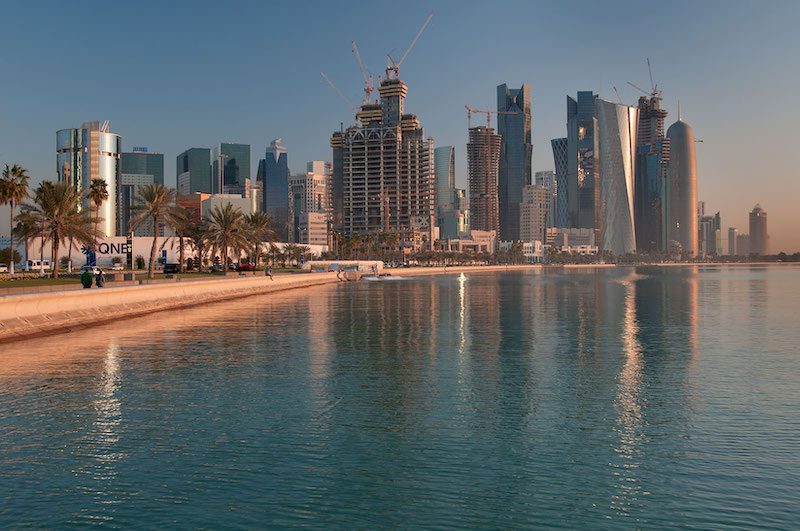 Businesses vying to get on the teamsheet