What happens after the final whistle blows?

Legacy isn’t just about making sure the World Cup stadiums don’t become white elephants. For Qatar, it’s about sustainability and reputation too

“From the day we submitted our bid, we recognised the transformative power of sport and the World Cup,” Hassan Al Thawadi, secretary general of the Supreme Committee for Delivery & Legacy, told the World Economic Forum in May.

“We worked to ensure that the World Cup serves as a vehicle for the nation to achieve the goals set out in Qatar National Vision 2030.

“The metro system, new expressways and state-of-the-art communications systems were all part of the development – and the World Cup has helped to accelerate these initiatives.”

Central to Qatar’s legacy plan is the World Cup stadiums. Nearly all have been built using modular components, meaning they can be converted for other uses depending on their local community’s needs.

At the flagship Lusail Stadium, for example, a school, affordable housing, health clinics, shops and cafes could be among the facilities that appear under its roof after most of the seats have been removed.

Such moves will turn “the venue into a unique community hub for the fast-growing city that surrounds it”, said the Supreme Committee.

Al Janoub Stadium is planned to become “a new home for sport and entertainment in southern Qatar”, with its capacity reduced to 20,000 people.

The remaining 20,000 seats are to be donated to football development projects overseas.

“Every stadium has a unique story and legacy plan,” Al Thawadi explained at the WEF in Davos.

“Lusail Stadium, which will host the final, will house botanical gardens and food security research programmes after the tournament.

“Another stadium, 974, is set up like a Lego set, using shipping containers so that it can be disassembled after the tournament.

“We are currently in discussions with FIFA in relation to a very ambitious goal which could set the standard for how stadiums can be used beyond a tournament.”

Qatar also has big ambitions on sustainability and carbon neutrality. Environmentally friendly building practices and energy conservation have been integral to the venues’ design, with the Education City, Al Bayt and Al Thumama stadiums receiving five stars on the Global Sustainability Assessment System.

A comprehensive set of initiatives to mitigate tournament-related emissions, including low-emission transportation and sustainable waste management, is also being implemented.

“Hosting the FIFA World Cup is a precious opportunity that we must not waste,” said Bodour Al Meer, sustainability director at the Supreme Committee. “We must work together to deliver a sustainable legacy for our region.”

Just as important is the impact on Qatar and the region’s global positioning and reputation.

When Al Thawadi addressed the FIFA Congress in March, he said the tournament was “our opportunity to showcase the Arab world and the Middle East to the population of the world through a new and refreshed lens.

“For years and decades, even centuries, our region and culture have too often been defined through the prism of conflict, war and the ensuing stereotypes and assumptions that result from a lack of familiarity, a lack of understanding, and highlighting the divisions between East and West.”

The ruler of Qatar, Sheikh Tamim Bin Hamad Al Thani, also spoke of decades of discrimination “largely based on people not knowing us and, in some cases, refusing to get to know us” during his speech at Davos in May.

As Al Thawadi told the FIFA Congress delegates, “the most important legacy of this World Cup will be to serve as an antidote to this prism and provide a window for the world into a region that is rarely captured.” 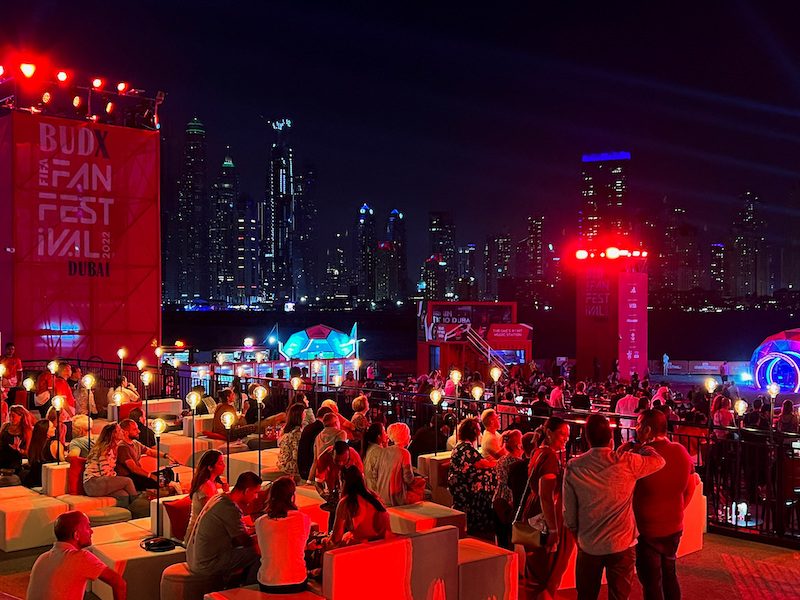