Oil and gas-producing countries can capitalise on the commodity price boom to fuel their transition to net zero, the boss of one of the world’s leading financial institutions said yesterday.

Arshad Ghafur, president of the MENA region at Bank of America, made the comment in a speech to the Dubai International Financial Centre’s Fintech Week, adding that environmental, social and corporate governance (ESG) was high on the agenda of investors.

Surging oil prices mean most Middle East and North African economies look set to record a budget surplus this year. The Russia-Ukraine conflict and the resulting sanctions on Moscow have triggered a hike in energy prices.

During the first three months of this year the price of Brent crude rose 29 per cent quarter-on-quarter to reach an average of $103 a barrel, its highest level since the third quarter of 2014.

In 2020, as demand collapsed on the back of the Covid-19 pandemic, Brent crude averaged just $42 a barrel, forcing governments into the red.

“Given where commodity prices are now, the Middle East is a region that can capitalise on that change and actually drive the transition to net zero through energy,” Ghafur said.

Last year, the UAE announced its Net Zero by 2050 Strategic Initiative. If the national drive to achieve net zero emissions is successful, the emirates will be the first MENA nation to hit this target.

Earlier this month UAE President Sheikh Mohamed bin Zayed Al Nahyan said the emirates had invested more than $50 billion in renewable energy projects across 40 countries and plans to double that over the next decade.

Critics have argued that the UAE is struggling to meet objectives to reduce dependence on fossil fuels, with some pointing to the planned Masdar City in Abu Dhabi.

First unveiled in 2006, it is intended to be one of the world’s most sustainable and low-carbon urban communities, but has yet to see any major progress, mainly because of funding challenges.

The UAE’s oil sector still accounts for around 30 percent of GDP and 50 percent of fiscal revenues, although the country is one of the most diversified economies in the region.

In April a report by Standard Chartered concluded that the UAE alone would require $681 billion of investment to finance its transition to a net zero economy.

Emerging markets as a whole need to invest $94.8 trillion to transform their economies in time to meet long-term climate change targets – a sum higher than their annual global GDP and in addition to the capital already allocated by governments under their current climate policies.

Private investors could contribute $83 trillion of this amount, but alternative financial institutions are urgently needed to finance green projects, the report warned.

However, Ghafur told the Fintech Week event that an increasing number of investors were eyeing ESG opportunities in the region, which has also prompted more institutional investment firms to establish themselves there.

“Financing is a very important part of our business [and] since 2007 we’ve been the No 1 underwriter of green bonds,” said the Bank of America executive.

“But, more importantly, a lot of our investors look at investments through an ESG lens now.

“One of the reasons we’re increasing the size of our team is also the way we look at companies and the way our investors look at companies. So I think this [ESG] is going to be an area where people will have a lot of focus.

“It’s not a coincidence that you have a lot of asset managers and hedge funds and other institutional investors that actually move or set up offices in the region – and that’s to really capitalise in the Middle East.”

The projections are above fiscal break-even prices for most of the region’s oil exporters. This is the level the price needs to average for a country’s budget to remain in the black. All oil states in the MENA region, with the exception of Iran, Bahrain and Algeria, have a fiscal break-even oil price lower than the expected average oil price in 2022.

This comes as OPEC’s oil revenue jumped 77 percent in 2021, with prices recovering from the worst of the pandemic on the back of higher demand.

The total value of petroleum exports from the 13 member countries of OPEC climbed to $561 billion last year, the alliance said in its latest annual statistical bulletin yesterday. 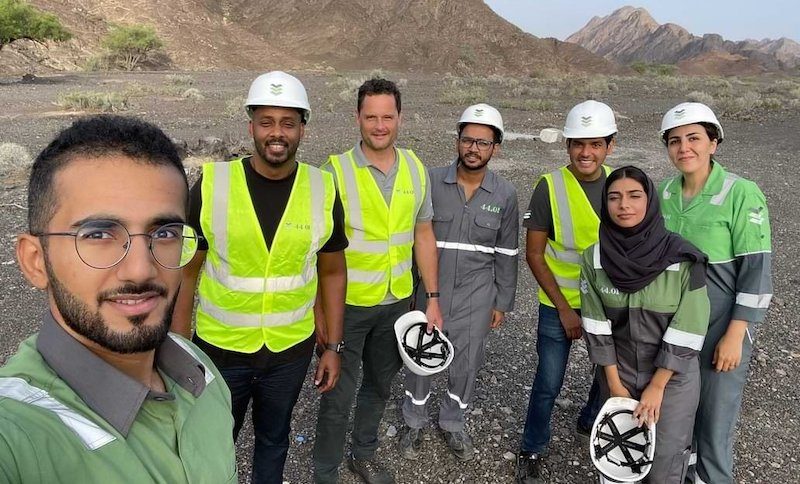