This has been a wild week in the auto business. Ford and General Motors are duking it out over which of them will be No. 1 in the US electric vehicle market by the middle of the decade. Meanwhile, the current No. 1, Tesla, got a rude slap from its shareholders. You’d think convincing skittish investors that the bottom isn’t about to drop out of the economy would be enough of a challenge for one week. Today, Tesla has a Twitter problem, Ford and GM recharge their ancient rivalry and Q1 results send as much noise as signal.

It took a couple of days, but Tesla shareholders have realised that Elon Musk’s plan to buy Twitter links the electric automaker’s shares to the social media platform’s fortunes. The result: Tesla’s market cap plunged by $126 billion on Tuesday – the equivalent of Ford and General Motors’ market caps combined, with change left over. Tesla shares recovered some of that loss Wednesday morning, but the sell-off showed how worried some shareholders are over the financial risks Musk is taking by pledging his Tesla shares as collateral for his Twitter leveraged buyout (LBO).

The more investors and analysts think about it, the more ways they can imagine that Musk’s ownership of a highly-politicised “public square” could be a problem for enterprises such as Tesla and SpaceX that rely on the good will of policymakers and regulators. What if the Chinese government took offence at Twitter? Would Tesla find itself in hot water again with Chinese regulators?

What if climate activists who’ve championed Tesla decided Musk should be investing in better ways to clean up pollution instead of buying a megaphone he has so far been able to use for free? As if the Twitter deal wasn’t enough, Musk is having a spat with Bill Gates over whether it serves the climate cause to short Tesla stock. All the while, Tesla’s rivals are racing to narrow the gap.

Ford Chief Executive Jim Farley used the launch party for the F-150 Lightning electric truck to throw the gauntlet down before Tesla and GM. Ford now aims to be number one in electric vehicle sales and electric trucks will lead the way, Farley said, firing up Ford employees gathered at the Rouge Electric Vehicle Centre in Dearborn and online. Ford has a long road to catch up with Tesla. The contest with GM is happening now. Ford has gotten off to a fast start: It has 200,000 reservations for the Lightning and is selling more than 2,000 Mustang Mach-E electric SUVs a month in the United States.

In March, Ford began dividing itself into an electric car company and a combustion vehicle company. By 2026, Ford is aiming to have capacity to build two million EVs globally. A few hours after Farley and Ford chair Bill Ford declared their determination to bring electric vehicles to everyone, GM chief executive Mary Barra told analysts her strategy of building a new electric vehicle architecture and a proprietary battery-making infrastructure to go with it (including three North American battery plants and a fourth to be announced soon) will allow GM to win in the long run in North America and China, where GM far outsells Ford.

Barra also emphasised that GM plans to re-enter Europe with EVs. Europe “is a huge growth opportunity for us,” said Barra, who sold GM’s legacy European business to Peugeot in 2017. To underline GM’s determination, Barra said company executives – including her – will have a portion of their long-term compensation linked to hitting EV goals including sales volumes in North America, launch timing and quality.

Electric pickup trucks will be the central battleground for Ford and GM. “We will lead in EV pickups as well,” Barra said. Farley had said earlier in the day the Lightning would cost thousands less than rival trucks “whenever they actually go on sale,” zapping GM and Tesla for lagging behind. Biff! Pow! Another contest between the two arch-rivals will involve defining the electric pickup truck segment and what “leadership” means. Ford has 200,000 reservations for its Lightning compared to 140,000 for GM’s electric Chevrolet Silverado, which launches next spring. But GM also said it has 70,000 reservations for its GMC Hummer EV and pickup, and an electric GMC Sierra on the way.

One thing GM and Ford agree on when it comes to electric vehicles: They bring in new customers. Ford says: “Lightning is drawing interest from customers of competitor brands at a record rate across North America, with three out of four reservation holders new to Ford”.

General Motors says 70 percent of potential buyers expressing interest in the Cadillac Lyriq, aka hand-raisers, are new to Cadillac, and a majority are new to GM. And 60 percent of electric Chevy Silverado reservations are from customers who don’t own GM vehicles, and 70 percent live in coastal states where GM’s market share is a fraction of its presence in heartland states.

Tesla’s breakout financial performance in Q1 owed a lot to the company’s embrace of iron batteries – lithium iron phosphate, to be more precise or LFP (with the F standing for ferrophosphate.) LFP batteries generally cost less than the lithium ion batteries used in most EVs in North America and Europe, but they are heavier and deliver less range than comparable Li-ion cells. Now that prices for nickel and cobalt required for Li-ion batteries are soaring (and ESG concerns over cobalt persist,) Tesla and other automakers are rethinking  the cost-range tradeoffs of using LFP chemistry, and deciding that for many markets and applications, such as delivery vehicles and many Chinese cities, LFP is the right choice.

Sales of cars and light trucks in the US will fall to an annual pace of just 14.5 million vehicles, down more than 20 percent from a year ago. But average new vehicle prices will hit a record $45,232, up 18.7 percent from a year ago, according to J.D. Power and LMC Automotive. All this with interest rates rising, inflation on a tear and nominal gas prices at near-record highs.

By US industry standards, there isn’t any. Overall, LMC and J.D. Power reckon dealers have 900,000 vehicles in stock, less than a month’s supply. That’s less than half of pre-pandemic normal. GM has just 10 to 12 days’ supply of its hottest selling trucks, Barra told analysts Tuesday. “We continue to see a strong pricing opportunity,” Barra said. Higher prices added $2.1 billion – about $3,000 per vehicle – to GM’s pre-tax profit in Q1. That offset much of a $2.5 billion higher tab for materials costs.

Saudi Arabia’s government will use some of its oil wealth to buy up to 100,000 premium electric vehicles made by Lucid Group, the electric automaker said. The ten-year deal in effect makes Lucid’s controlling shareholder one of its largest customers. Saudi Arabia’s Public Investment Fund holds a 61 percent stake in Lucid, and the company plans to build a factory in the Kingdom.

The new, independent union representing workers at GM’s largest factory in Mexico has opened negotiations with a proposal that wages go up by more than 19 percent. Even if GM agreed, workers at its Silao truck plant would make the equivalent of $6.62 an hour, compared to the US starting wage of $17.50.

Financial results from the auto/transport sector are a mixed bag so far. Mercedes-Benz reported stronger results and held its full year forecast, saying there seems to be no barrier to what rich people will pay to acquire premium vehicles. Price insensitive truck and SUV buyers in America helped GM to hold its full-year forecast, but executives said cost-cutting and sustaining record high prices are essential to achieving that goal.

Harley-Davidson, however, said Q1 profits fell because it could not fully offset higher costs and the impact of semiconductor supply problems with higher prices. Meanwhile, supplier Forvia – the newly merged Faurecia and Hella – said the war in Ukraine and COVID in China are dark clouds on the horizon.

British sports car maker Aston Martin is embarked on another adventure worthy of its most famous, fictional customer https://www.reuters.com/business/autos-transportation/with-lift-big-brother-aston-martin-chases-after-ferrari-2022-04-26. The storied company must emulate James Bond https://www.youtube.com/watch?v=5p8meeqGJbg and escape the trap created by ever-tougher CO2 standards and the high costs of electrification. CEO Tobias Moers is pushing to cut costs – such as consolidating paint operations to save 1,000 pounds per car. In the end, Aston’s future as an independent company will depend on its Big Brother, Mercedes-Benz, which Moers and Aston’s major shareholder, Lawrence Stroll, are counting on to provide the pricey EV technology needed for electric supercars. India says no to imported Chinese Teslas Here’s one to watch: Tesla has profited from using China as a production hub for markets outside the United States. But India is telling Tesla it should not try sending in Chinese-made vehicles.

India’s government wants Tesla to build a factory there. Xpeng lands a loan Chinese EV startup Xpeng said it secured a $1.1 billion loan from the Agricultural Bank of China to fund expansion. 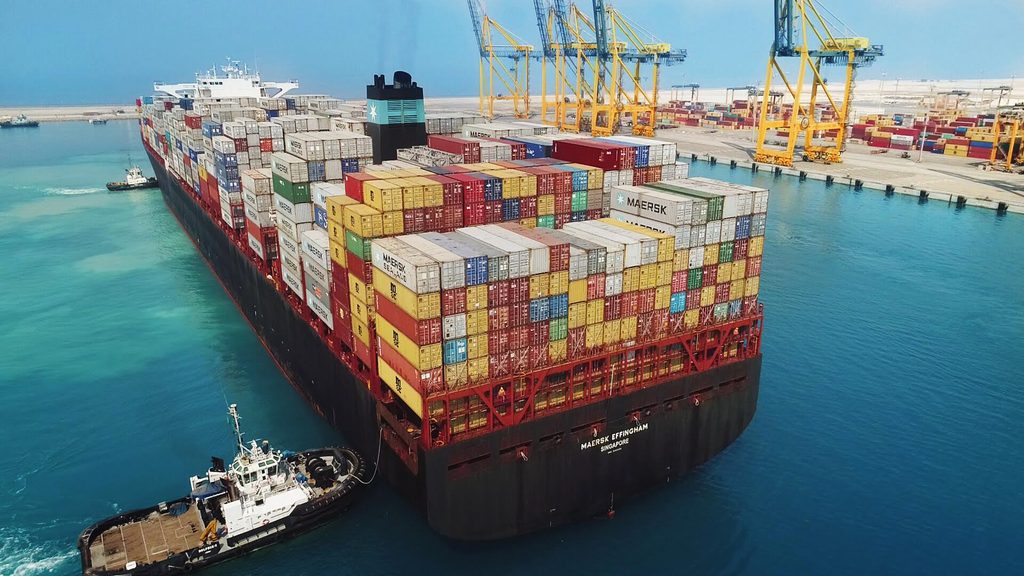 Heavy investment has seen the Middle East dominate the top of the rankings of a list of the most efficient container ports in the world, with some Saudi ports up to four times more efficient than their North American rivals. The latest edition of the Container Port Performance Index (CPPI), which was developed by the […] 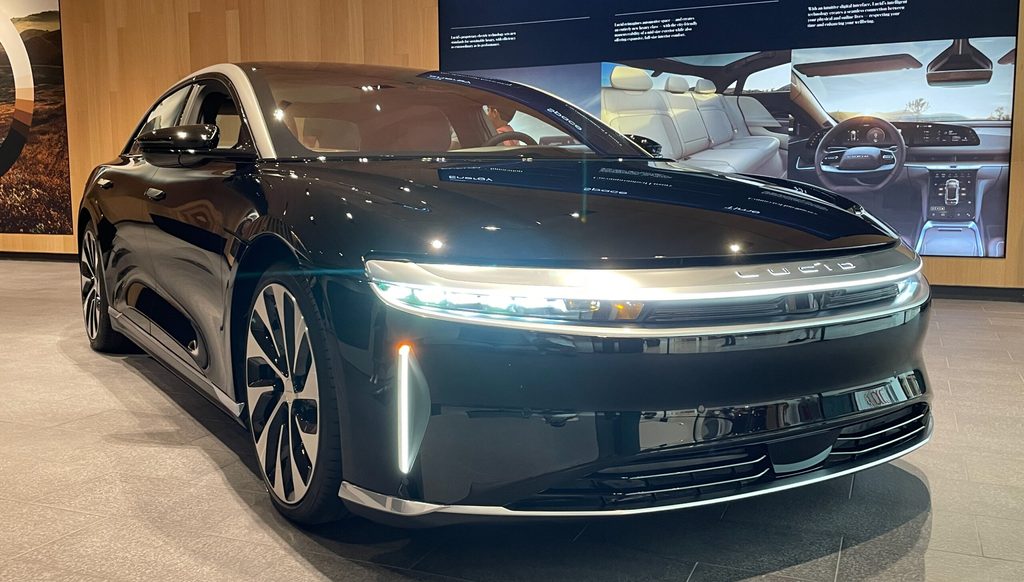 Plans by American electric vehicle (EV) maker Lucid Motors to build a production plant in Saudi Arabia is likely to be the first of at least three such facilities in the kingdom, investment minister Khalid Al-Falih said today. Speaking at the World Economic Forum in Davos, Falih did not provide any further details on the […] UAE’s aluminium drive is out of this world

Aluminium has been a bedrock of the UAE’s economy and its industrial ambitions for years with exports reaching more than 50 countries around the world. Now, Emirates Global Aluminium (EGA), the country’s largest industrial company outside oil and gas, is looking to enter the ultimate export market – outer space. The company is in talks […]