Construction projects in the Middle East are facing some of the longest delays of any any region in the world, with average overruns adding more than 80 percent to timelines, and dispute claims increasing costs by more than a third.

Despite the prevalent availability of cash reserves in the region, due to the high oil price boosting government coffers, projects often started too early when proper designs were not in place.

However, industry insiders were upbeat in spite of the challenges, pointing out that global investors and contractors had not been put off bidding for projects in the region and that sentiment was still high.

As part of the report it looked at 380 projects in 12 Middle Eastern countries, with an average value of $1.74 billion. It found that, on average, project delays added 83.1 percent extra to the final timeline, and resulted in average claims of around $154 million, the highest of any region in the world on both counts.

“Having the cash or funds ready for the project is one thing, but having the the processes, governance and delivery strategy in sync is another,” Haroon Niazi, partner and head of the Middle East at HKA, told AGBI.

“This notion that the sooner we get on site, the sooner we’ll be able to start making progress takes priority.”

Sachin Kerur, UAE-based managing partner for the Middle East at law firm Reed Smith, said he is not surprised that the CRUX report found the region had the highest delays and dispute claims in the world.

“This has been an issue afflicting the regional construction sector for many years. We see the same issues emerge year after year,” he said.

The CRUX report found that the majority of claims for delays in the Middle East are design-centric and stem from lower levels of maturity in the construction and engineering industry.

“The high-risk, low-margin contracting model rules in most parts of the Middle East,” the report concluded.

“I’m not saying the design always has to be complete, or at an advanced stage, because sometimes it just won’t be,” said Niazi.

“But it’s having that recognition and those processes and procedures in place, in case the design is not going to be ready or sufficiently ready to progress.”

He also cited one unnamed Gulf giga project investigated for the report, which he said had seen substantial design changes after the project had officially started.

“Six or nine months into the project and there are numerous design changes, to the extent the contractor is getting issued new drawings. On one of them, where they ask for people to circle changes, the whole drawing is being circled and that is a big issue.”

While the coronavirus pandemic did not halt construction work completely in the region, it did slow down new contract awards and highlighted issues within the sector.

“In many ways the conditions compounded problems that lie at the heart of the region’s industry,” Reed Smith’s Kerur said.

“Some of these endemic issues, such as poor procurement choices and inadequate planning, would have caused delays even before Covid-19 delay impacts were apparent.”

Data from project tracker portal MEED Project found that around $2.65 trillion worth of projects were planned or underway in the Gulf as of the end of June this year.

However, Kuwait-based Kamco’s latest Q3 construction report found that the total value of contracts awarded in the Gulf in the first nine months of this year declined by 26.2 percent year-on-year to $53 billion.

Saudi Arabia accounted for more than half of total projects awarded and bucked the regional trend, with the kingdom’s total value of contracts rising 14.9 percent year-on-year to $30.3bn over the period.

The CRUX report said cashflow and late approval of payments were also issues, but, unlike periods during the global financial crisis in 2009, non-payment was no longer a problem.

“I think we’re still seeing delayed payments for sure, but we’re not seeing the situation of just non-payment,” Niazi said.

“There are specific employers in the region who are behind on payments, and it’s going to be them who will struggle to attract talent in terms of contractors showing the readiness to bid for their project.

Despite the challenges in the region, Niazi said the dynamic and ambitious nature of projects in the region meant international investors and contractors were not put off.

“If we look across the region – UAE, Qatar, and Saudi in particular – we’re still seeing international contractors coming into the market,” he said. “Investors are still looking at it relatively positively.”

Top causes of claim or dispute in the Middle East 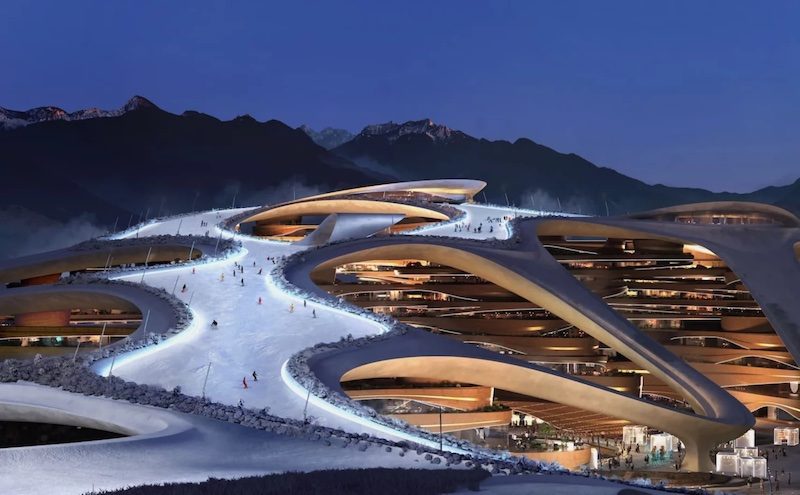