UAE restaurants bite back against Covid

Most restaurants in the UAE are in a better financial position this year than they were before the pandemic, according to new data.

Local eateries have bounced back with aplomb despite rising inflationary costs, a survey from the UAE Restaurant Group (URG) has revealed.

URG, a trade body which represents around 15,000 outlets, said 69 percent of its respondents cited a stronger financial position than pre-pandemic times in 2019 – more than double the 29 percent who reported the same sentiment in 2021.

“One of the key things people missed during the pandemic, especially during its worst days, was getting together and dining with friends and family,” Naim Maadad, chief executive and founder of Gates Hospitality and a board member of URG told AGBI.

“As such, it should probably be no surprise that as soon as restrictions were lifted, demand was higher than ever.

“What’s more, many restaurants found new ways to diversify their business models to survive the pandemic. Delivery models have become an extra income stream for many.”

Nadine Benchaffai, a partner at Ella’s Eatery on Palm Jumeirah, said Covid forced many restaurants to re-evaluate their operations, systems and processes. The efficiencies they’ve gained have remained in place after restrictions were lifted, she said.

“Customers also wanted to get back out and back to some normality after more than a year of various restrictions,” Benchaffai said.

“That, combined with a significant pick up in tourism, has led to a surge in demand.

“Costs are increasing though. We in turn have had to increase some of our pricing along the way, which has so far helped protect profits.”

While Benchaffai has increased some prices, the latest S&P Global UAE Purchasing Managers’ Index (PMI), issued earlier this month, found that most UAE businesses were opting not to increase charges, even as rising energy costs and higher wage bills cut into profit margins.

“For now, we haven’t increased prices, as we believe it will negatively impact our customers,” Rizvi said.

“We are absorbing the costs instead, but there are limits to that as well. If it keeps increasing the way it has been, then we will have no option but to eventually pass a small percentage on to the customer.”

Changing eating habits, and a growing move towards more healthy options and away from fast food, has helped some venues perform well.

“As the first 100 percent plant-based, gluten-free, cane sugar-free, and GMOs [genetically modified foods] free cafe in the Middle East since 2014, this has played a huge role in our growth and profits.”

One of the biggest financial obstacles for venues is rising rent levels, which can account for up to a fifth of total costs. Contracts can vary, from an agreed base rate, to a percentage of revenue, or a combination of both.

Seventy-seven percent of respondents to the UAE Restaurant Group’s survey said rent levels were the biggest barrier to doing business in the country, while 63 percent said renegotiating rent was their top focus for 2022.

“It is definitely a challenge,” Eti Bhasin, owner of the Dhaba Lane Indian restaurant in the Karama area of Dubai, said.

“While the Expo was on every property in the UAE saw a price hike. We somehow offset that with the demand initially.

“However, in the summer months it gets difficult as dine-out guests – 75 percent of our sales – have been impacted severely.”

While some landlords have been flexible and others have refused to relax payment schedules, not all restaurants are facing significant rent hikes.

“For us, the rents haven’t increased,” Deepak Bhatia, CEO of Snowbell Restaurant Management, which operates brands such as Sugar Factory, Ming’s Chamber and Peppermill, said.

“On the contrary, we are negotiating for a reduction in rents. We have multiple brands, and a group [such as a shopping mall operator] with such a capacity arguably has the bandwidth to do the same.

“With better business yields there is a scope for negotiation and rent reductions as well.”

Aleix Garcia, managing partner at Infini Concepts, which oversees around 10 restaurant brands, said the pandemic pummeled his business. Some of its projects did not move forward in 2019 but things have improved, and not just on a financial level, he explained.

“The position of a company cannot be evaluated on its finances alone,” Garcia said.

“The value of relationships, contracts, employees, and venture partners is greater than just numbers.

“Today Infini Concepts is in a sweet spot. We are very picky with the projects we run. If we are not certain we’ll enjoy it, we don’t do it. And that is perhaps a sign that things are better.”

However, Ella’s Eatery’s Benchaffai warned next year may prove to be more difficult.

“I think inflation will continue, and overall, customers will feel squeezed, so the sentiment will be a bit more subdued going into 2023,” she said.

“In other markets, you can see it starting to hit our sector quite hard, so it’s a debate as to how long the UAE can shield itself. But I think eventually we will start to feel it too.” 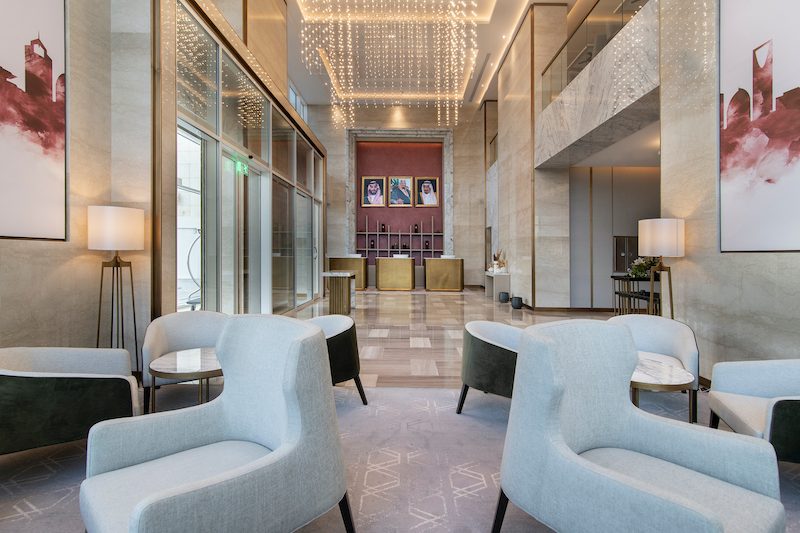