Did the US president achieve his objectives on his tour of the Middle East? AGBI asked seven analysts to give Biden marks out of 10

President Joe Biden hoped to usher in a new era in Washington’s relationship with the Middle East during his whistlestop tour last week – seeking to reinforce America’s commitment to the region after several years of disengagement. So, did the US leader succeed? Here’s the verdict of seven analysts who specialise in the region and international politics.

‘The Saudis and some Gulf countries will count this as a win‘
Rachel Ziemba, founder of geo-economic advisory firm Ziemba Insights

“The trip went as expected, with few major deliverables and no major negative or positive shocks. No big oil promises or Iran nuclear deal breakthroughs. The trip was about resetting relationships and finding some areas on which to work together.

“Some co-investment and joint projects on renewable energy, 6G and parallel investment in infrastructure are small win-wins, but it remains to be seen if these will create a stronger economic coordination as the GCC also deepens ties with China and regional players.

“As expected, there were no major deliverables on energy and many questions ahead about future OPEC coordination and production.

Overall, the Saudis and some of the Gulf countries will be counting this trip as a win and one of many aimed at strengthening ties with a range of global powers.

For the US, this is more of a modest one, as it tries to reach  out to some of its counterparts, who form key parts of its energy, food and economic stability goals.”

‘Human rights, Khashoggi, Palestine and Yemen were sacrificed’
Scott Lucas, professor emeritus of international politics at the University of Birmingham

“Biden’s trip received a lot of criticism, before he even left US airspace, both from those questioning whether it would produce any results and from those challenging the administration’s abandonment of human rights issues in favour of rapprochement with Israel and Saudi Arabia.

“At the level of hard-headed realpolitik, the trip achieved its immediate aims: support of Israel’s developing relationships with Gulf states, discussions on containment of Iran with the nuclear talks stalled, and assurances on global energy supplies amid Russia’s invasion of Ukraine.

“But all of this was in the context of the US having little leverage – and Israel, Saudi Arabia and the UAE having a lot of it – over these issues.

“And human rights, irrespective of Biden’s public posture, were the sacrifice for this. So were Jamal Khashoggi, and the peoples of Palestine and Yemen.”

“The Biden administration decided that calculated engagement with Saudi Arabia and other key Middle Eastern partners was preferable to a state of suspended detachment or prolonged diplomatic tensions.

“President Biden didn’t come away with immediate, tangible wins worth celebrating; however, he did make his nuanced and technical case for longer-term American leadership within the region.

“Biden’s critics and those opposing the trip will say he achieved little and conceded too much. Yet there are few quick solutions for many of the Middle East’s toughest issues.

“The Saudis appeared to win the short-term battle for optics, though the longer-term benefits from this trip remain uncertain and highly changeable. At the very least, the Saudis certainly didn’t walk away from these meetings feeling like losers.”

‘The waning power of the US in the region is evident’
Sami Hamdi, managing director of International Interest, a risk and intelligence company

“Biden’s trip laid bare the limitations of his current foreign policy and the extent to which he is struggling to uphold US leadership abroad.

“The visit reflects a failure to find alternative solutions, via Qatar and Algeria, to ease the energy crisis that has made it difficult to maintain a united position on Ukraine with his European allies. There was also a resounding concession on the issue of human rights.

“Worse for Biden is the sense that Saudi Arabia may not even provide the relief that he is seeking regarding gas prices and the easing of the global energy crisis.

“What’s more, Biden’s visit reflects an increasing (and perhaps reluctant) alignment with the anti-democratic axis in the region on foreign policy that will have sweeping ramifications across the Middle East and North Africa in Yemen, Libya, Syria and Sudan – where the UAE in particular remains influential.

“Biden set out to seek relief on gas prices, promote normalisation with Israel and temper improving relations between the region on the one hand and China and Russia on the other.

“Aside from a small step from Saudi Arabia in expanding access to its airspace for Israel, Biden did not secure guarantees on gas prices, the region appears undeterred in pursuing warmer relations with Russia and China and. most importantly, the waning power and influence of the US in the region was perhaps more evident than ever.”

‘US progressives will have a field day telling Biden “You got played”‘
Karim Émile Bitar, director of the Institute of Political Science at the Saint Joseph University of Beirut

“The cold hard truth is that Biden did not come back from the Middle East with any concrete political or economic results. He doesn’t really have much to show for his visit. It re-legitimised MbS but failed to obtain any significant breakthrough.

“There were minor steps towards the consolidation of the Israeli-Saudi normalisation process that was already underway in terms of the commercial airliners, which is a symbolic gesture at best, but I do not see how any of this helps US interests in the Middle East.

“For sure, this visit allowed the United States to turn the page of two years of difficult relations with Saudi Arabia and to reaffirm its commitment to protecting its allies, but it also consolidated the perception that the US was adopting a confrontational stance towards Iran.

“It contradicted two of Biden’s campaign pledges, which were to turn Saudi Arabia into a ‘pariah state’ following the murder of Jamal Khashoggi and to overturn Trump’s decision to withdraw from the Iranian nuclear deal.

“Besides, Biden did not get any guarantees that Saudi Arabia would not continue to hedge its bets and maintain a very close relationship with China.

“It should also be noted that US public opinion at large and the US media in particular are still overwhelmingly hostile to this rapprochement with Saudi Arabia. So, considering the meagre results that Biden has obtained and the lack of any concrete Saudi commitment on oil, the progressive wing in the Democratic Party will certainly have a field day telling Biden ‘We told you so’ and ‘You got played by the Saudis’.

‘Biden humiliated himself and appears to have got nothing for it’
Trita Parsi, executive vice president of the Quincy Institute for Responsible Statecraft

“It is unclear if anything has been achieved by the administration. There’s no clear commitment by MbS to pump more oil, no commitment by the Saudis to gravitate towards the US rather than China and Russia. And there’s no sign that these countries have been convinced by Biden’s rhetoric that the US will remain in the Middle East militarily.

“The costs of the trip, however, have been immense. Biden humiliated himself and the presidency – and appears to have gotten nothing for it.”

‘The US appeared like a follower rather than a leader’
Dr Andreas Krieg, fellow for the Institute of Middle Eastern Studies at King’s College London and CEO of strategic risk consultancy MENA Analytica

“Biden had embarked on this Middle East tour in an effort to score domestic points by lowering oil prices and demonstrating his credentials as a pro-Israeli president.  Externally, he wanted to re-establish America’s place in the region vis-à-vis its competitors in Russia and China.

“He has been unable to deliver on most of these objectives.

“Saudi Arabia did not commit to a pro-American oil policy but stuck with its OPEC+ line. The US was unable to achieve a breakthrough with a Saudi-Israeli rapprochement, as the Saudis stuck to their official line.

“From the point of view of leadership, the US appeared weak as the president failed to actually act on values.

“The US appeared like a follower rather than a leader at the GCC summit. Riyadh and Abu Dhabi continue to pivot eastward both in terms of their energy and foreign policy.

“Energy supply chains are being strengthened between the Gulf and America’s competitors in the East. The visit will not change that.” 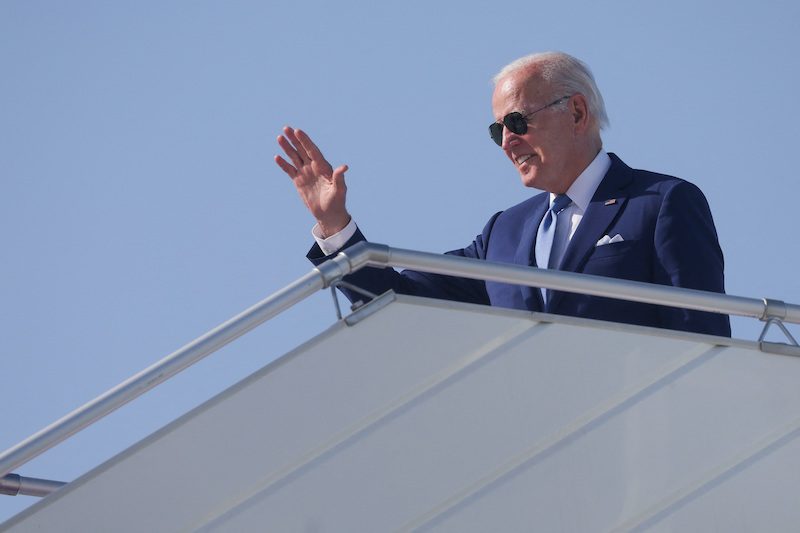 The road from Jeddah: US and Saudi set out their 19 priorities

Clean energy, investment deals and space exploration are at the heart of the Jeddah communiqué – the partnership agreement issued by the US and Saudi governments after President Joe Biden’s meeting with King Salman and Crown Prince Mohammed bin Salman. Among the agreements reached during the president’s visit on July 15 and 16 was a […]