Wealthy Russians are snapping up luxury homes in Dubai in a bid to sidestep the sanctions imposed by Western nations after President Vladimir Putin invaded Ukraine.

Displaced Ukrainians are also seeking safe-refuge homes in the emirate, according to real estate consultants.

Following in the footsteps of sanctioned oligarch Roman Abramovich, who is reportedly buying a home in Dubai, Russian clients are willing to “pay any price for a move-in-ready home,” industry observers have said.

“They’ll buy it at any price right now because they want something ready.”

It has also been reported that Russian investors are trying to swap their properties in London for homes in Dubai – with big discounts on offer – in order to circumvent Western sanctions.

The US, UK, Australia, Canada and other allies have imposed financial restrictions on Moscow. These include exclusion from the SWIFT banking system, and the targeting of Russian oligarchs.

Along with a clutch of other nations, the UAE has remained neutral on the conflict, abstaining from the UN Security Council vote to condemn Russia because it wants the Security Council to work toward a diplomatic solution.

Real estate brokerage Betterhomes reported in April that property purchases in Dubai by Russians surged 67 percent in the first quarter of 2022.

“Anything which is branded with a nice designer label or hotel is doing well. In these times, we’ve seen the St Regis Residences being sold out, Atlantis the Royal Residences sold out, One by Omniyat sold out, and Emaar Beachfront increasingly close to being sold out – with most purchases from Russia.”

He added that properties in Palm Jumeirah, Dubai Hills and the W Residences have also been selling well and that Russian clients typically look for penthouses and four-bedroom apartments as large as 5,000 sq ft.

“One bedroom [apartments] would be a bulk buy – like 10 one-bedrooms,” he added.

Karsaz described the asking prices for some of these properties as “unreal”, but said buyers were showing no hesitation. “All the prices have increased in the last 18 months.”

Mansions in demand in Dubai Hills range from AED130 million ($35 million) to AED150 million, he added.

“There’s always a buyer for these luxury properties,” Karsaz said. “They’re not just rich, they’re super-rich. These are the 100-million dollar [club] or billionaires from the Russian part of the world – and there are not just a few, there are a lot of them.”

A market update by Dubai-based Fam Properties in April said there had been “surging interest” in luxury apartments, with 310 percent sales growth for properties worth more than AED7 million.

However, Russians were pouring money into Dubai’s property market even before the war began, Karsaz explained, prompted by Dubai’s efficient handling of the coronavirus pandemic and “safe haven” status.

“The Russians returned to the UAE market about 18 months ago. They had started to come back in a similar way [to when] they were here in 2007. With the conflict coming into play, those numbers have increased a lot.”

“If a Russian applies for a mortgage it does go into compliance now, so it’s not all that easy for them,” he added. “But regardless they are cash rich so in most cases that doesn’t happen.”

It’s not just the Russians searching for a safe haven, the real estate experts said.

After weeks of bombardment, citizens of Ukraine and other Eastern European countries, including Moldova, are seeking refuge in the UAE.

“Ukrainians are also coming in,” Kukreja said. “But they are looking at the communities rather than the sea-facing properties because it’s more affordable… places towards the Al Qudra Road like DAMAC Hills, Arabian Ranches and Town Square.

“Adding to that, people from other neighbouring countries, like Moldova, [are] also starting to put money in here with the fear that Russia might attack them.”

Moldova, which borders western Ukraine, has taken in more than 400,000 Ukrainian refugees – the largest influx per capita of all the countries receiving refugees, according to the UN. More than 11 million Ukrainians are said to have fled their homes since the conflict began.

Karsaz added that Ukrainians with relatives in Dubai have been relocating to the UAE and looking for opportunities to invest.

“Whenever these situations arise, since Dubai is the safest haven in the world with so much luxury, facilities and ease of doing business, people migrate [here] because it’s easy for people to place themselves. You have more than 180 nationalities, so anyone coming here starts feeling at home as they find people from their home countries here too.

“After the conflict, enquiries [from Eastern Europe markets] have shot up increasingly because there’s fear of devaluation of currencies in these countries, fear of accounts being frozen… there is a lot of insecurity and instability in [people’s] minds. They don’t know where [the situation] is heading.

When we speak to them they tell us they would rather put their money here because the rental income is good and their assets are secure here.”

Vinayak Mahtani, CEO of bnbme holiday homes, told AGBI that his company had seen more vacation rentals by Russians since the war began.

“We have a lot of Russian guests staying with us, which is not normal for this time of year,” he said.

Mahtani said they were renting “very high-end” properties in Jumeirah Beach Residences, Bluewaters and the Palm.

Asked to describe his most luxurious property occupied by a Russian client, he said: “So most people will tell you villas on the Palm [are luxury] but to me, villas on the Palm, everybody has one. We have a penthouse in the Marina which is a triplex, with an infinity pool overlooking Palm Jumeirah and Ain Dubai.”

Mahtani also reported a “double-digit” increase in the number of Russian property owners approaching bnbme to manage their apartments or villas as holiday homes.

“They’re buying the four-bedroom with a full sea view, which was stalling over the last six months, and they’re spending money on the interior,” he said.

“Dubai has historically benefited from geopolitical instability due to its safe haven status and undoubtedly the [Russia-Ukraine] crisis will benefit Dubai property. I think you’re going to see a larger Russian population out of Dubai going forward.” 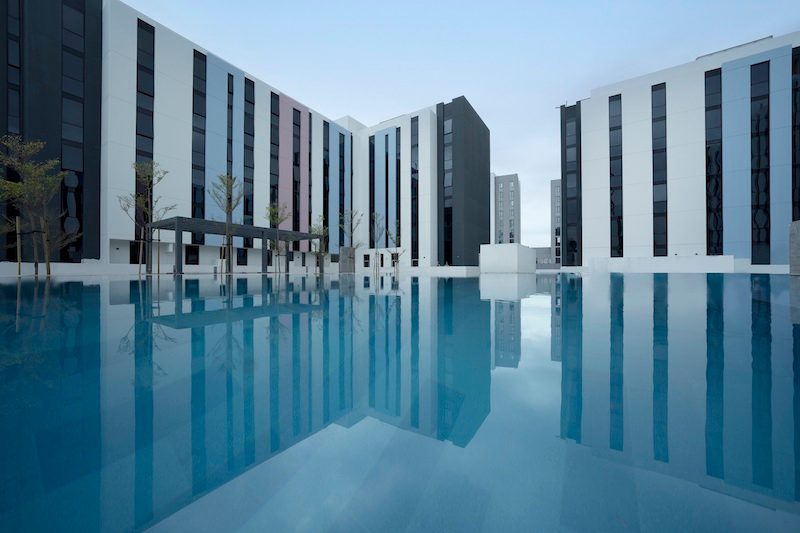