Former England and Liverpool footballer John Barnes believes the World Cup in Qatar will help change the perception of Middle Eastern countries and dismantle negative narratives in the West.

The tournament, which is held every four years, is set to take place in Qatar between November 21 and December 18.

It is the first World Cup to be held in the Middle East and be hosted by an Arab country.

A number of allegations, including human rights and climate policy criticisms, have been levelled at the Gulf Arab state since it won hosting rights for the tournament in 2010.

“[The Qatar World Cup] will help the perception that people have of Middle Eastern countries,” Barnes told AGBI in Dubai.

“If you know the history of Europe and the West, you know they have discriminated against the world more than it being the other way around.

“The narrative of European civilisation and European right-mindedness around the world is not the way it actually is.

“So, I suppose what [the World Cup] will do is it will show people that the Middle East is exactly the same as Europe in terms of the respect they have for people.

Discussion surrounding alcohol consumption for fans at the FIFA tournament has also been a topic of much attention in the British press.

This year’s World Cup is the first to be held in a Muslim country, with strict controls on alcohol, which has presented unique challenges for organisers of the event that is typically associated with beer-drinking fans and sponsored by global brewing brands.

Reuters reported in July that Qatar’s World Cup stadium stands are set to be alcohol-free, with beer sales outside arenas only allowed before and after some matches.

“There is a negative narrative from the West, which is what they try to portray not just with the Middle East but also Africa and other countries. But I think that we are wise enough to know that that’s not the situation.”

An image of Barnes backheeling a banana skin off the pitch during a match in 1988 in response to a racial insult is one of the most famous in the history of English football.

The picture also features on the back cover of his book The Uncomfortable Truth about Racism, which addresses complex issues on racism in football and society.

Barnes, in Dubai as part of the Premier Inn Middle East 2022-2033 football marketing campaign, has also worked as an official FIFA ambassador for the World Cup in Qatar to counter the negative rhetoric surrounding the tournament, particularly around worker welfare.

“For the last two years I was going over there to visit the camps because they wanted myself and some of the players to spread the word about [conditions],” he said.

“So that’s what I did with some of the other players – Cafu from Brazil, the former Everton player Tim Cahill [and] Iker Casillas from Real Madrid.”

Barnes said the West has been trying to “paint a negative picture” based on skewed timelines.

“Because what you can’t do as well [is] look at what’s in Qatar when it started the building work 20 years ago,” he explained.

“That obviously changed. Now is completely different in terms of the benefit for workers and doing much better for workers.”

The former England captain – who is reportedly being paid £150 million ($174 million) over 10 years to promote Qatar – is advertising holidays in the country, as tourism chiefs seek to attract more than six million visitors a year by 2030.

Barnes, who made his name in international football with a brilliant individual goal for England against Brazil at the Maracana stadium in Rio de Janeiro in 1984, said he believes the Qatar 2022 legacy will be “more impactful than any other World Cup”.

“It’s going to be a fantastic World Cup,” he said.

“The stadiums are fantastic, and also the legacy, in terms of what they are leaving behind.

“The stadiums are being built in such a way that they can be deconstructed and transported all over the world. I don’t know any other World Cup [that did that]. When the World Cup was in England or in Germany, they didn’t do that.”

According to its plan, Doha will dismantle its stadiums after the tournament is over and rebuild them in poorer parts of the developing world.

“The tangible legacy for making developing countries in the world better in their own countries – this will be the best World Cup for that,” Barnes added.

FIFA, governing body of world football, rejected the report’s claims that Qatar 2022 will rely on “flimsy” offsets to meet its pledge to host the first carbon-neutral World Cup.

The affluent oil-based economy has one of the highest per capita carbon footprint rates in the world.

Qatar made the pledge to host the first carbon-neutral World Cup when it bid for the event more than 11 years ago.

The country’s Supreme Committee for Delivery & Legacy told AGBI in May: “This is not just about delivering a sustainable World Cup, but a blueprint for the sustainable future of the whole country.” 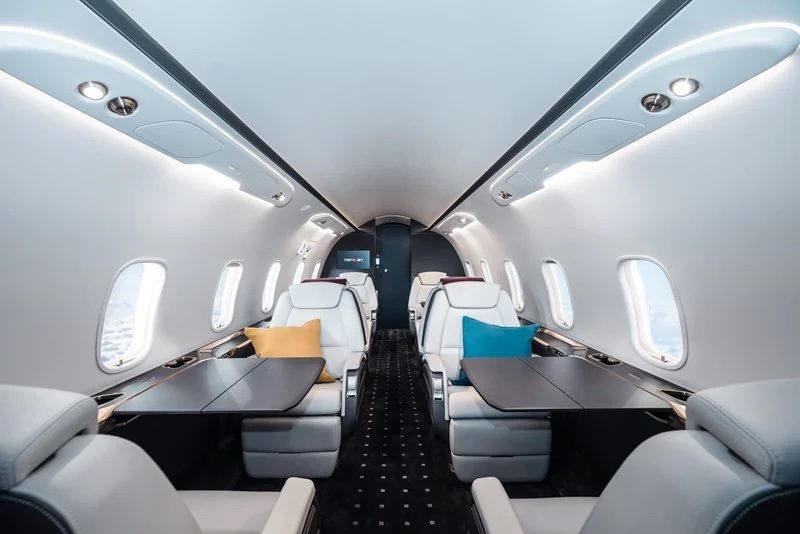 Qatar authorities are putting restrictions in place to manage the expected surge in demand for landing slots from private jets flying to Doha for the World Cup. Operators have warned that wealthy football fans will need to be flexible with their plans, especially around the later stages of the tournament which takes place from November […]

Germany and Japan are setting up training camps in Dubai ahead of the FIFA World Cup in Qatar. The football associations’ plans demonstrate that the emirate has adopted the same model for sports as has proven so effective in tourism and real estate. The World Cup squads are following in the footsteps of several English […]