The UK has enhanced its relationship with Qatar, its third largest Gulf trading partner, with the announcement of two new agreements to boost trade and investment.

Qatar was the only GCC country to report a trade surplus with the UK in the same period, with official data showing it exported £2.7 billion worth of gas as the Russian invasion of Ukraine started to impact global energy supplies.

The deals, which include a new agreement between the UK’s Department for International Trade (DIT) and Qatar’s Investment Promotion Agency to help British businesses such as to enter the Qatari market, also follow news that negotiations on a free trade agreement with the Gulf Cooperation Council (GGC) officially started last week.

The new collaboration will provide information to companies on strategic investment opportunities and provide guidance on market entry options.

DIT has also opened the UK export market to Qatar for the supply of vitamins and supplements for the first time, enabling UK retail major Holland & Barrett to export these products to the country.

Ranil Jayawardena, UK Minister for International Trade, said: “Qatar is an important trade and investment partner for Britain. I believe we should nurture and maximise the strength of our relationship to make our economies more resilient and prosperous.

“We are committed to taking steps to further deepen the trade and investment relationship we share with Qatar, and today’s Jetco signals our ambition through two significant agreements.

During the Jetco, UK Export Finance (UKEF) also signed a memorandum with Qatar Development Bank to boost efforts between the UK and Qatari companies by sharing expertise on export finance, insurance products and cooperation on projects which involve both UK and Qatari goods and services.

The meeting of ministers concluded with the signing of a joint statement outlining commitments to tackling market access issues on both sides and growing trade in a range of priority sectors, including healthcare and life sciences, education, and food and drink.

The next meeting of the Jetco is scheduled to be held in Doha in 2023.

In May, the UK and Qatar signed a new Strategic Investment Partnership (SIP) which will see Qatar invest up to £10 billion over the next five years in key sectors of the UK economy, including fintech, zero emissions vehicles, life sciences and cyber security.

The investment is expected to create high-quality jobs in new industries across the country.

At the time, British Prime Minister Boris Johnson said it signalled “another vote of confidence in the UK’s brilliant businesses and cutting-edge industry”.

Qatari investment in the UK economy is already estimated to be worth over £40 billion, supporting jobs and growth across the country.

Earlier this month, BAE Systems delivered the first Typhoon aircraft to the Qatar Armed Forces as part of the joint UK-Qatar collaboration.

The Typhoon has been delivered on schedule and will ferry from the UK to Qatar. Typhoon will provide critical support for the FIFA World Cup which will be held in the Gulf country in November and December.

Ben Wallace, Secretary of State for Defence, said the delivery “underlines how much Britain values its Middle East partnerships” while Tony Gilchrist, director of business development at BAE Systems, added: “We are working in partnership with the Qatar Emiri Air Force to ensure we transfer the skills and knowledge required to support, maintain and upgrade both their Typhoon and Hawk aircraft.”

The delivery is part of a contract for the acquisition of Typhoons and Hawk advanced jet trainer aircraft and a six-year availability support service signed in December 2017. 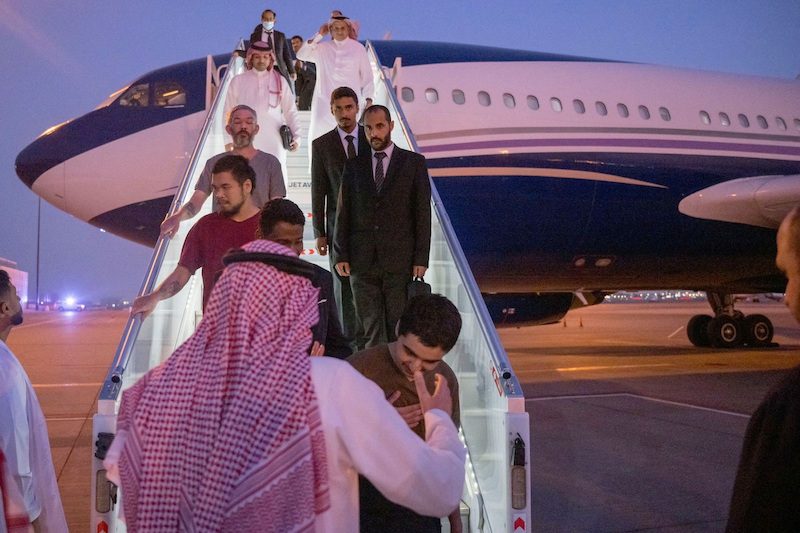