Abraham Accords: The $3bn trade deal that shocked the world

Two years after the signing of the historic Abraham Accords, the UAE and Israel are on track to see $3 billion worth of bilateral trade this year.

The success of the relationship – kickstarted by the agreement signed by the Emirati and Bahraini foreign ministers, the Israeli prime minister and US president on the South Lawn of the White House in Washington DC on September 15, 2020 – has taken even its biggest supporters by surprise.

“We expected trade to rise to around $500 million per year for the first five years following the peace agreement,” Dorian Barak, co-founder of the UAE-Israel Business Council, told AGBI.

“It has been more than double that figure, which is a testament to both countries’ leadership’s focus on this important relationship, but also on a strong people-to-people connection that has been forged by the two nations.

“We still expect about $3 billion in bilateral trade this year, despite the trade headwinds and the fact that a formal trade agreement was only signed a few months ago. It is unprecedented.”

Fleur Hassan-Nahoum, fellow UAE-Israel Business Council co-founder and deputy Mayor of Jerusalem, agreed, saying: “The first two years have been quite monumental, and better than anyone predicted – a huge jump from the $50 million in annual trade before August 2020.”

It is a remarkable transformation. For decades after Israel’s founding in 1948, Gulf countries including the UAE shunned the Jewish state in solidarity with the Palestinians expelled to create it.

The signing of the Accords, named after Abraham to emphasise the shared origin of belief among Judaism, Islam and Christianity, marked the first public normalisation of relations between an Arab country and Israel since that of Jordan in 1994.

The growing ties between the UAE and Israel have since been turbocharged by the signing of a free trade agreement (FTA) in May.

Under the deal, customs duties were eliminated on 96 percent of products, including food, agriculture, cosmetics, medical equipment and medicine, and includes regulation, customs, services and government procurement.

Dr Thani Al Zeyoudi, the UAE minister of state for foreign trade, predicted at the time that annual trade is likely to reach $5 billion in the “upcoming few years”.

The UAE-Israel comprehensive economic partnership agreement (CEPA) is expected to advance bilateral trade beyond $10 billion within five years and add $1.9 billion to the UAE’s GDP within the same time period. Total UAE exports are expected to increase 0.5 percent by 2030.

During the same month Dubai International Chamber announced plans to open a representative office in Tel Aviv, which aims to facilitate trade and investment between business communities in Dubai and Israel.

Barak believes the recent trade deal is critical for establishing the framework that will govern trade between the countries. “Without it, many questions were unanswered, from taxation levels to the nuts and bolts of how goods and services are treated by our respective governments,” he said.

“It was also signed in record time and at a time when both countries were still emerging from the pandemic. Therefore, this is a very significant accomplishment.”

Hassan-Nahoum added: “We expect an increasing number of Israelis to recognise the UAE as an ideal location to establish global operations with a reach far beyond the UAE.

“Bureaucracy is light, the country is largely tax-free, human talent is easy to access, and the UAE is the region’s premier transport, logistics and business hub.

“At the same time, I think Emiratis will come to have the same impression of Israel as many in Europe and Asia do: a technology powerhouse whose many startups and established companies can quickly scale up together with foreign partners.”

Amir Hayek, the first Israeli ambassador to the UAE who took charge as the envoy in October 2021, described the Israel-UAE interactions as a long-term relationship. “I think that it is like a baby, already two years old, and he can speak three languages and run a marathon,” he said.

“I will say it again and again, this is a marathon. It is not a 200-metre sprint. We came to build solid ground, solid relations, bring results and we have to be very, very successful.”

He said Israel-UAE bilateral trade witnessed a 117 percent increase during the first half of 2022 compared to the same period last year and predicted that the UAE will be among Israel’s top 10 trading partners within the next three years.

Three milestone memoranda of understanding were signed to explore and enable various business opportunities in the financial world.

“I hope to see the leading companies in both countries build on the strong foundations in place, including our CEPA trade agreement, to cooperate and forge business ties and create fresh ventures reaching new markets,” Mohamed Al Khaja, the UAE ambassador to Israel said.

“This will, in turn, create jobs and drive further economic growth for the benefit of all Israelis and Emiratis.”

ADGM chairman, Ahmed Jasim Al Zaabi, added that the delegation to Tel Aviv was a “testament to the long-term commitment of Abu Dhabi to foster stronger ties between the two nations” while Ittai Ben Zeev, CEO of the Tel Aviv Stock Exchange agreed, saying: “This is an opportunity to familiarise Abu Dhabi officials with the strength of the Israeli economy.”

OurCrowd became the first Israeli venture capital company to be granted a licence by the ADGM, the city’s main international financial hub. When the company appointed Dr Sabah al-Binali to head its UAE business, it was also among the first Israeli firms to appoint an Emirati to a senior position.

Jon Medved, its CEO and founder, described the Abraham Accords as “a triumph, which is about to get even better”, adding: “Trade, business and tourist ties have blossomed between Israel and the UAE, Bahrain and Morocco.

“It seems only a matter of time before Israel expands its ties with other countries in the region. The success of the Abraham Accords has surpassed even the most optimistic predictions.”

It’s a view that is shared among many, according to Hassan-Nahoum, including the more than 500 Israeli businesses now operating in and through the UAE.

“There is definitely optimism among most Israeli and Emirati businesses about the potential,” she said.

“However, it is important to remember that we are still in the early years and many simply have not got around to exploring the potential.

“Groups like the UAE-Israel Business Council and others are educating the public on the trade developments, and I expect the interest will grow with our reach.”

Barak added: “All new markets have their challenges, and it has taken both Israeli and Emirati companies some time to hit their stride operating with each other.

“However, it is quite a smooth process to establish an operation in the UAE, where deep talent pools and a welcoming approach to foreign businesses make the journey straightforward, especially in comparison to other countries in the region.

“I think you will see the numbers continue to grow over the coming years. Many Israelis will find the UAE to be a gateway to the greater Middle East, South Asia and beyond.”

According to the UAE-Israel Business Council, tourism, agriculture, diamonds and technology – most significantly renewables, water and solar – are the most buoyant sectors, while increasing bilateral investment and cooperation is also being seen in oil and gas and related industrial sectors.

“We have shifted the dialogue from defence and security to innovation and collaboration.

“As we look toward the third year of this relationship, we believe that trade and investment between Israel and the Abraham Accords countries will double in 2023.

[We expect] innovation and technology will continue to play a significant part in this as more Israeli companies will open offices in the Accords countries and will hire and train local tech talent, addressing the human capital challenge while also contributing to the development of the innovation ecosystem in these countries.”

But it’s not only business and trade that has been transformed by the Abraham Accords.

For Benjamin Taylor, a long-term Dubai resident and a former member of the Jewish Council of the Emirates, it is the little things that make the biggest difference.

“One of the by-products of the Accords that interests me is the emergence of these small changes that are visible on a daily basis, and in some cases are so beautifully mundane that they have simply become the norm,” the Emirates marketing operations manager said.

“For example, browsing in a supermarket and seeing Israeli pomegranates for sale. Waiting in line at Costa Coffee and seeing in big Hebrew letters ‘Aubergine and Hummus Salad’ on the side of one of the pots in the fridge, and then a Kosher Reuben sandwich on the shelf below.

“When I first moved here in 2006 these small things would have been unthinkable. And now look where we are – it’s here, very public, and no one bats an eyelid. That’s the sign of normalisation.”

This burgeoning trade relationship may drive further collaboration between Israel and other countries in the GCC region such as Saudi Arabia, which recently announced it would open its airspace to all airlines.

Opening Saudi airspace to flights to and from Israel was a focus of US president Joe Biden’s recent tour of the region.

“The blueprint of successful relations has been drawn by our countries, and others are likely to look to it for guidance,” Barak said.

“We have proved it can be done, and quickly. We will now need to see the political will to duplicate it across the region.

“I believe that other countries in the GCC are watching the growing trade relations between Israel and the UAE and are trying to figure out how they can also provide these opportunities for their people.

“Each country wants to provide peace and prosperity for its people.”

Israel’s UAE ambassador Hayek expressed his hope that the UAE-Israel success story will encourage other countries in the region “to come to the table”, adding that the Abraham Accords represents “a state of mind of cooperation” and of a “new Middle East that offers a better future for children in the region”.

But Avi Melamed, a former Israeli intelligence official and a senior official on Arab Affairs, was more cautious. “I do not foresee the remaining GCC countries – Saudi Arabia, Oman, Qatar, and Kuwait – officially joining the full framework of the Abraham Accords in the near future, though there is business being conducted between Israel and many of these countries,” he said.

“When it comes to the Abraham Accord countries, I believe they will continue and deepen in the coming years with an emphasis on the following sectors: intelligence, anti-missiles and rocket technologies, cyber as well as advanced technologies that help solve and mitigate environmental and climate challenges.”

Hassan-Nahoum said that it will “require time, some patience and continued engagement” for governments in the region to take the relationship to the next level.

“Trade links do not develop overnight, and they are based on personal connections that take time to forge,” she added.

“We are off to a great start. In five years, we will look back and see that the early seeds of cooperation have borne fruit.

“Both governments have given the business community the political and bureaucratic support that this relationship needs. It is now up to us to make things happen.” 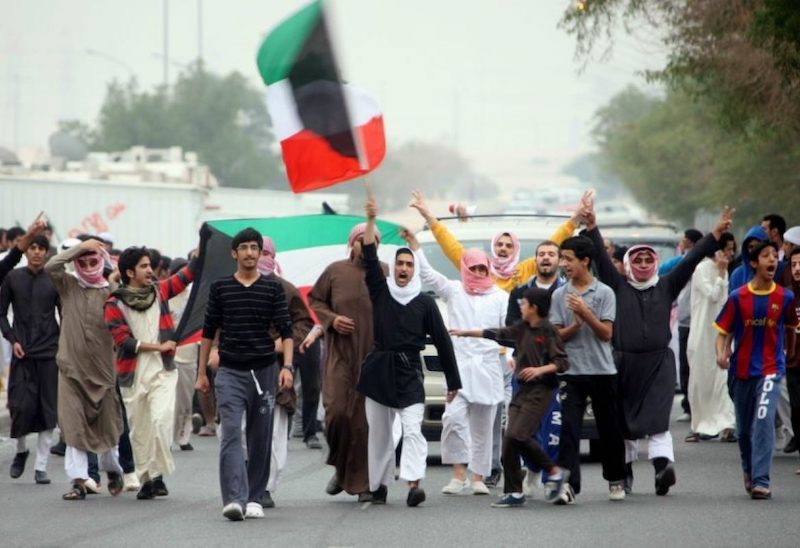 The European Union has received almost 2,000 asylum applications from Kuwait over the last five years, with academics speculating the majority of the applicants are from the Gulf state’s Bidoon tribes. The EU Agency for Asylum reported that 1,925 Kuwaitis applied for asylum between 2017 and 2021, accounting for nearly three-quarters of the 2,630 nationals […] 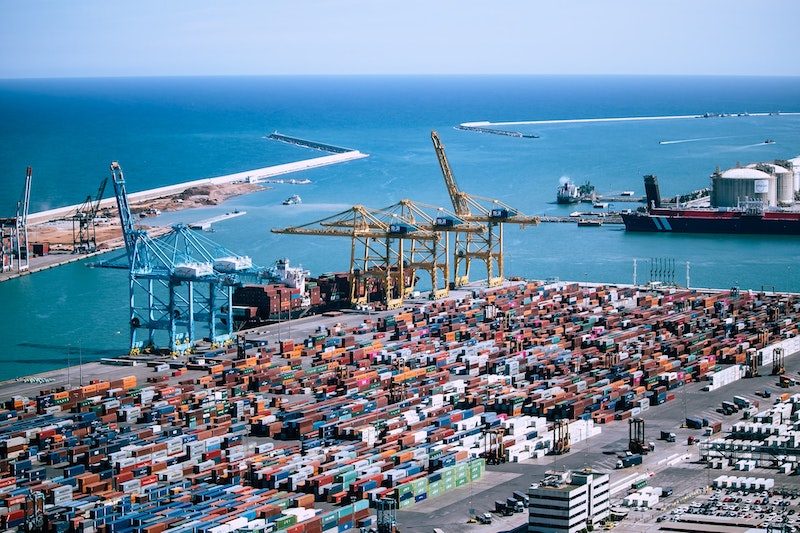 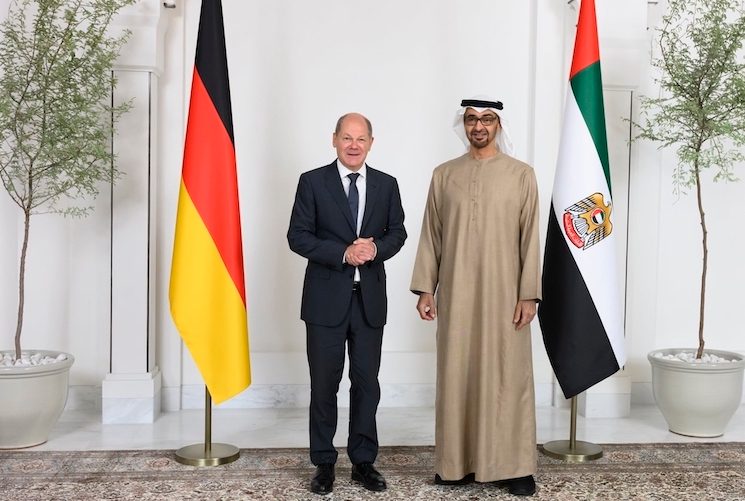