The region is home to some of the world’s most innovative new firms. This MENA-wide boom in entrepreneurship is being fuelled by a young and growing population, digitisation, and the need to solve sustainability challenges. Here is AGBI’s pick of the best.

The app provides 360-degree live streams of concerts, sports games and other experiences that give viewers a sense of being immersed and virtually present at the events.

The Abwaab online learning platform allows students to learn at their own pace through short, engaging videos backed up by continuous assessment with private tutors.

In 2021, the platform raised $20 million in a Series A funding round, following a $5 million seed round earlier that year. It ranks as one of the most funded edtech startups in the Middle East, North Africa and Pakistan, according to TechCrunch.

Altibbi, the Arab world’s largest digital health platform, recently announced a $44 million Series B funding round to support its expansion into online pharmacy and diagnostic collection. It also recently announced a new partnership with Egypt’s Ministry of Health & Population and has set its sights on a future IPO.

Following the surge in e-commerce sales during the pandemic, Hanan Shahin wanted to combine the advantages of in-person shopping with buying online.

Bloom is a try-before-you-buy software that automates returns in e-commerce, while integrating with local logistics couriers and online payment gateways.

“The future is neither e-commerce, nor retail, it’s an integration of them both, an omnichannel commerce,” says Shahin, adding that brands benefit too.

“Returns are one of the great challenges for the e-commerce industry and pose a serious threat to its profitability. Giving merchants full control of the process, mimicking the in-store experience turns this into a lever of revenue.”

Careem, the region’s pioneering ride-hailing app, was the Middle East’s first unicorn, following its acquisition by Uber for $3.1 billion in January 2020.

After launching in Dubai in March 2012, Careem quickly became synonymous with transport. Today the firm has operations in over 100 cities across 12 countries in the Middle East, Africa and South Asia.

Users can now meet multiple needs with Careem, which has expanded from ride-hailing to takeaways and groceries, bicycle hire and deliveries. Its latest offering, Careem Pay, launched in April 2022, offers digital payment services.

Reem Al-Smeirat is recognised in the Middle East as the region’s first female car designer.

Her business Concepts 4 Automotive Design creates customised cars and motorbikes, giving customers the opportunity to design their dream vehicle from scratch, or enhance an existing one.

Having worked at different automotive manufacturers in Germany and Italy, she’s now established herself at the forefront of car culture in Jordan.

“The transportation and car world is all about innovation; it’s not just creative designs or technological advancements, it’s all of that combined to come up with something new, and improved,” Al-Smeirat said.

Describing itself as the Middle East’s largest personal mobility company, Ekar offers the convenience of using a car without the expense of ownership and maintenance.

Users browse the app to find cars in their area, use it to unlock their chosen vehicle and then pay for the duration of their drive.

Pricing is by the minute, hour, day, week or month and starts as low as 65 fils per minute in the UAE, including fuel.

The company, which also operates in Saudi Arabia, Thailand and Malaysia, recently launched contactless peer-to-peer car sharing, enabling hosts to rent out their cars via the app.

The company improves identity verification during the hiring process. Biometric authentication technology ensures account logins are seamless and secure at a time when identity theft and account takeovers are reaching unprecedented levels.

Foodics is an end-to-end sale and restaurant management solution that provides a portal for companies to interact with customers while running all other aspects of their business, including sales, transactions, inventory keeping and employee schedules.

The cloud-based technology firm is pursuing regional and international expansion after raising $170 million from investors earlier this year. It’s currently available across 17 countries.

Set up to tackle the shortage of building materials in the Gaza Strip, Greencake produces affordable concrete building blocks made from recycled ash and rubble, rather than from more expensive concrete and sand.

Majd Mashharawi, who launched the company soon after completing her civil engineering degree, went on to win the Japan Gaza Innovation Challenge, enabling her to travel to Boston and raise $450,000, part of which she used to launch another startup, Sunbox, offering solar energy systems for houses.

Mozare3 is an online co-op aiming to revolutionise smallholder farming in Egypt, where 57 percent of the population rely on agriculture for their livelihoods.

Providing access to markets, credit, and other support, it helps them reduce their risk by committing to purchase their future output on behalf of institutional buyers.

Iraqi startup Nakhla has maintained more than 12,000 date palms across Baghdad as part of its mission to make these historic trees more productive, in a country where yield is among the lowest in the region.

“Date palm trees have always been considered a national treasure. Today, there are more than 19 million date palm trees, 7 million of which are not made productive. We want to change that,” said founder Labeeb Kashif Al-Gita.

Saudi Arabia’s largest digital grocery shopping platform, Nana is branching out of the capital with more than 150 dark stores planned across the kingdom to fulfil its promise of quick delivery, reaching customer doorsteps within 15 minutes.

Sami Alhelwah, Nana’s co-founder and chief executive officer, said: “We have sought every opportunity to expand our coverage, optimise our operations and enhance our user experience. Our expansion has resulted in rapid double-digit growth week over week.”

Mobile money transactions have risen sharply in the MENA region, jumping by almost 50 percent to $13.7 billion in 2021 – and digital financial services startup Pyypl is leaping on this trend with its blockchain-based app.

The platform offers digital payments and other financial services for smartphone users, promising a safer, smarter alternative to cash.

Describing itself as a “passionate advocate of financial inclusion,” the company is targeting the 79 percent of young adults in the MENA region who are unbanked, including 22 percent of the GCC’s population.

The Middle East may come to depend on heat and drought-tolerant crop seeds in a rapidly heating climate.

“Our systems are a vital alternative to freshwater in agriculture.”

Users can trade stocks, exchange-traded funds and cryptocurrencies via the automated platform, which uses both technology and human elements to support investors with a team of experts who have worked at Merrill Lynch, UBS, Accenture and Goldman Sachs.

Mobile games are a rapidly growing market in the Arab world and Tamatem has tapped into that potential by adapting international games for Arabic-speaking audiences. The games publisher says it has 1 million monthly users and over 100 million downloads to date.

When the company launched in 2013, less than 1 percent of online content was Arabic, and very few mobile games were accessible to non-English speakers –something Tamatem is working to change, with 50 titles published for the regional market to date.

Following the path of the online challenger banks that sprang up after the 2008 financial crisis, Telda targets millennials and Gen Z youngsters with an easy alternative to the country’s traditional banking system.

Egypt’s high mobile penetration rate and young population (61 percent of Egyptians are under 30) make it an attractive market for digital banks.

After starting out as an online food delivery platform, Toters has expanded to include groceries, courier services and financial transaction services. The firm now plans to move into Iraq after raising $18 million in a Series B round.

“Toters and other logistics platforms can serve as a key infrastructure layer within digital economies because they create earning opportunities for micro-entrepreneurs – which are the couriers – digitise small and medium-sized enterprises, and offer a platform upon which multiple digital services can be built,” said Anissa Kanoun, MEANP regional lead for the IFC’s venture capital team.

After raising $30 million in Series A funding, Algeria-based Yassir is building on its ride-hailing function with last-mile delivery, business fleet management and e-commerce services – bringing drivers, couriers, merchants, suppliers and wholesalers together on one platform.

The app now has more than 2 million users in 25 cities across the French-speaking world, including Algeria, Tunisia, Morocco, Canada and France.

CEO Noureddine Tayebi graduated with a PhD from Stanford University and worked in Silicon Valley before returning to Algiers with a mission to recruit and train an effective workforce.

“The first objective is to enable local, technical talent because generally this talent doesn’t have many opportunities in the region where we’re operating,” he told Africa News. 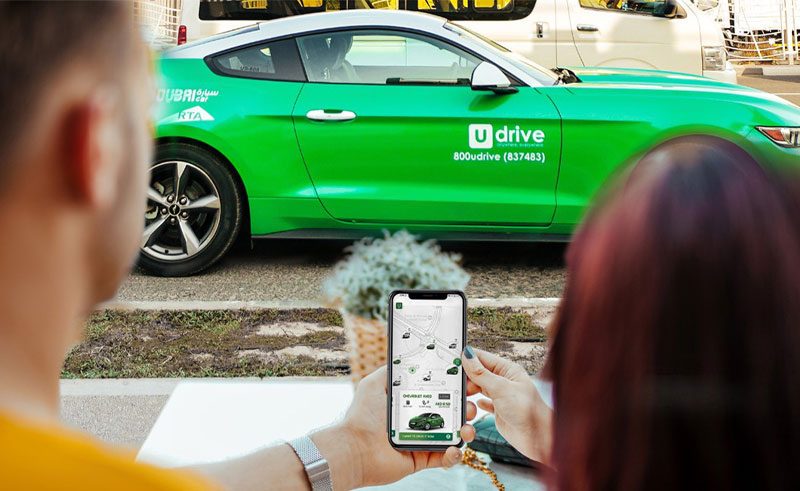 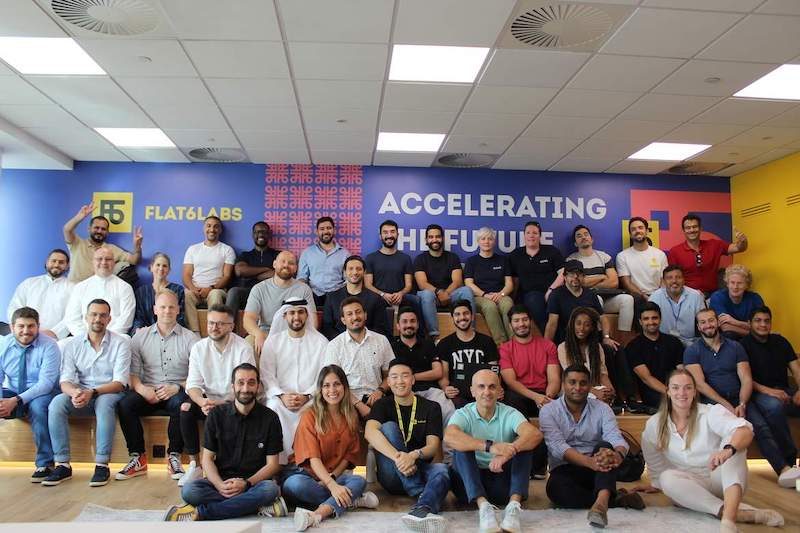 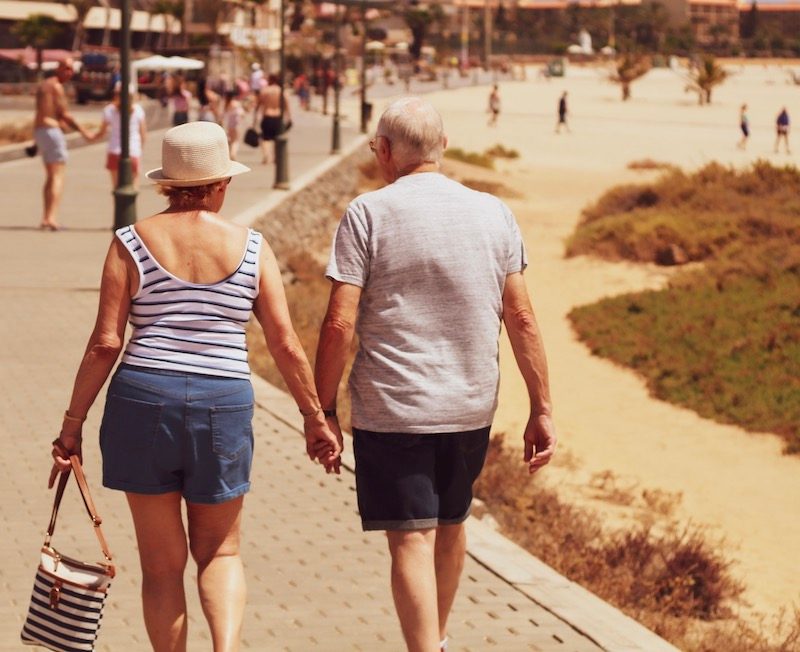