The smoking towers of Ratcliffe-on-Soar coal power station loom outside the English city of Nottingham, a fitting beacon for an area long known as a hub of a once-thriving coal industry.

Now local leaders are betting on a green industrial revolution, pledging to go carbon neutral by 2028 and so become the country’s first city to reach net zero.

“I wanted to push the boundary,” said Nottingham City councillor Sally Longford, who spearheaded the project. “If we don’t take action now, there will be terrible consequences.”

Nottingham is surrounded by the remains of coal pits that were the backbone of the area’s economy until the 1980s.

The final mine shaft closed in 2015 – and Ratcliffe-on-Soar, which stands a few miles outside the city, will be Britain’s last working coal power station when it shuts in 2024.

In recent decades, the city has reinvented itself as a leader on green policies.

In 2020, Nottingham City Council launched a plan to cut or offset all the carbon produced within the city in less than a decade, in a sprint that will require it to slash emissions by more than 20 percent a year.

As average global temperatures head upwards, countries, cities, and businesses are all unveiling deadlines to reach net zero, meaning they will produce no more climate-changing emissions than they can offset.

The British government has pledged to reach net zero by 2050, but many cities and districts are setting their own targets and want to get there faster.

Hundreds worldwide have now made some form of pledge to become carbon neutral, from Melbourne to Glasgow.

Nottingham is looking to make big emissions cuts with actions such as retrofitting thousands of houses to be more energy efficient, installing solar panels on nearly five percent of homes, and introducing buses that run on electric power or biogas.

The council said it was “on track” to meet the 2028 deadline in a first review in January, though Wayne Bexton, the council’s director of carbon reduction, said national legislative change and tech advances would be needed to make the target.

But others said cities such as Nottingham would face an uphill battle to reach net zero, particularly without more support from the UK government.

“Nottingham’s ambition is noble but the city will never be able to fulfil its carbon-cutting potential unless the government steps up and provides far more support”, said Ed Matthew, campaign director at climate change think-tank E3G.

He said the government could take action by swiftly banning new fossil fuel boilers, increasing grants and subsidies for measures that reduce homes’ carbon footprint, and speeding up investment in electric vehicle chargers.

Though they may be aiming to be the first in Britain, Nottingham’s target is less rigorous than those set by some other cities.

It only encompasses emissions produced within its boundaries and from energy it draws from national power supplies, as opposed to wider “scope three” targets that include emissions from goods and services consumed in the city but produced elsewhere.

“Scope one and two was as far as we felt we could go as a city,” said Longford of the CN28 plan, as it includes areas such as businesses and households for which they have no direct control or data.

The role of cities

Home to over half the world’s population and rising, cities create 75 percent of global CO2 emissions, notably from transport and buildings, the UN Environment Programme (UNEP) estimates.

But they can also offer solutions, as their density brings efficiency, be it in transport networks or apartment blocks.

“There’s this sort of vision that cities are bad for the environment” said Valentine Quinio of the Centre for Cities, a British think-tank working to improve the economies of urban centres.

“But actually … the person living in the city has a lower carbon footprint than someone outside a city.”

To cut emissions faster, Nottingham has a host of micro schemes planned, from introducing more vegetarian options in schools to persuading residents to cut down on car rides and eat less meat.

It has held workshops on its plans that invite residents to share their views and also give them information on how to cut their own footprint.

“If we want to make a difference, we need all sectors of society to be involved,” said Megan Shore, a programmes manager at charity Ignite! which has run some of the sessions, organised in tandem with local organisations and charities.

Residents can even win prizes via a “Green Rewards” app, released in collaboration with the city’s universities, if they cut their carbon footprint with actions such as choosing bikes over cars or taking shorter showers.

About 1,000 people have registered for the app across Nottinghamshire since it launched in October, with residents supportive – if also somewhat sceptical.

Upendo Patterson, 22, a recent law graduate, said she was “looking forward to a greener Nottingham” but was “unsure how they plan to get there and how much of the responsibility will be placed on Nottingham’s residents.”

Councillor Longford said Nottingham had little choice but to try to build a brighter future.

“We need to work together to make a change in the way we live and the way we work for future generations,” she said.

“I have a young granddaughter, and I don’t want her to live in a world of chaos and pressure.” 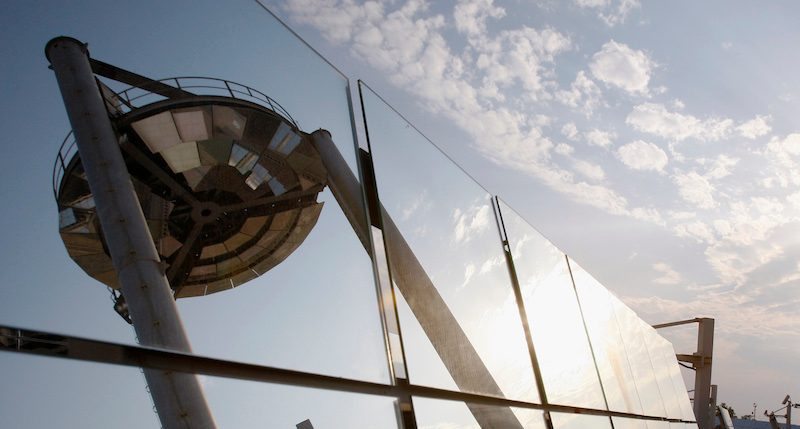 Oil and gas-producing countries can capitalise on the commodity price boom to fuel their transition to net zero, the boss of one of the world’s leading financial institutions said yesterday. Arshad Ghafur, president of the MENA region at Bank of America, made the comment in a speech to the Dubai International Financial Centre’s Fintech Week, […] 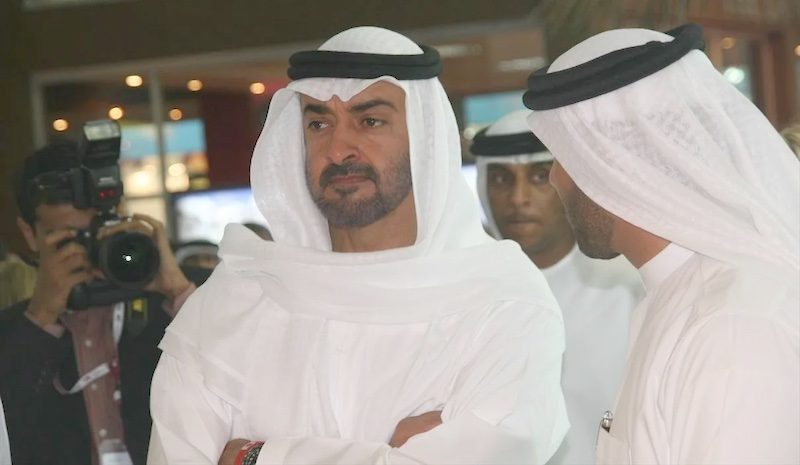 The UAE’s big-ticket promise to pledge a further $50 billion to abate global climate change must be wisely planned to deliver a meaningful path towards a sustainable economy, according to experts.  “[Such investments] are likely to generate the most efficiency if allocated to reduce the reliance of productive sectors on hydrocarbons which will further diversify […]