Rocked by the double whammy of Brexit and the global pandemic, UK businesses have endured a tumultuous two years.

As European trade battles sharp retrenchment – UK-EU exports dropped by 12 percent last year, a loss of £20 billion  – British companies are pursuing new growth avenues and the Gulf is proving to be a favoured choice.

“In the last couple of years with both Covid and Brexit, we have seen a huge increase in imports to the Gulf region,” Tony Colley, co-founder of TACCT Group, a Dubai-based brand consultancy, told AGBI.

“The combination of decline in UK trade coupled with the Gulf’s appetite for more innovative and on-trend products has seen a surge in interest in the Middle East.”

TACCT Group works closely with UK food and beverage (F&B) companies looking to sell into the Gulf and Colley says the group has recorded a more than 150 percent growth in onboarding new UK clients in the last two years.

“The UAE has grown a huge appetite for innovation in the last three to four years,” Colley said.

“All the products that were previously struggling to get traction are now in huge demand, such as zero alcohol drinks, plant-based foods, and gluten free foods.”

“Everyone immediately heads for the UAE, but Saudi is now growing fast in its demand for the same categories and has some excellent retailers that haven’t been so visible until recently.

“Their volumes are large and around 50 percent of the population is under 30-years-old, with many educated overseas, so they are looking for the on-trend items they have experienced elsewhere.”

Colley added that while TACCT Group is seeing “enormous growth” in these two countries, it has also been seeing a significant increase in interest for UK products from Kuwait and Qatar in the last 12 months.

British Business Group (BBG), a non-for-profit that supports UK companies or individuals in their expansion into the Gulf, is also seeing increased activity in the F&B space.

“I’m currently working with a London-based F&B company that is looking to expand its Peruvian restaurant Andina, based in Shoreditch, to the Gulf,” said BBG’s board director David Singleton, who works as a strategic advisor supporting UK-based hospitality and F&B brands on their entry to the UAE.

“The same company previously owned Rosa’s Thai – the hugely successful Thai restaurant that has been scaled to 40 locations in London – and which is also expanding into Dubai this summer.”

From the UAE outwards

Singleton is also advising Mapal, a UK company that provides tech solutions to the hospitality sector to enhance service provision through training, learning and development and operational agility.

“I always advise UK businesses looking to expand into the region to first establish a presence in the UAE and grow from there.

“There is a ‘can do, will do, must do’ approach to doing business here,” Singleton, who has been based in Dubai for eight years, said.

“The UAE has created an entrepreneurial revolution encouraging startups and exciting business sectors to come and do business here.”

In April this year the UAE Cabinet approved one of the biggest overhauls of the visa residency system, with the changes to come into effect in September.

It included amendments to the Golden Residence Scheme – a 10-year visa – to simplify the eligibility criteria and expand the categories of beneficiaries to include investors, entrepreneurs, exceptional talents, scientists and professionals, as well as outstanding students and graduates.

To be eligible for Golden Residence an entrepreneur should own or be a partner in a startup registered in the country in the category of small and medium enterprises (SME) that generates annual revenue of not less than AED1 million.

“The UAE has not always been known for its ease of doing business,” Singleton said.

“Previously the challenge of visa requirements, necessity of a local partner, confusion of onshore versus offshore made it complex and confusing which deterred many people and brands from coming to the region.”

While the UAE has been liberalising its economy for years, Saudi Arabia has been slower off the mark and is therefore a more challenging market to break into according to Singleton.

“A lot of the UK companies I work with are now considering expanding into Saudi but this requires a very different approach,” he said.

“It is more complex, less advanced and still with more risk. While many have expanded there and thrived, others have struggled – either with payment, business set up or Saudisation.”

“Some UK companies are concerned by reputational risk with the kingdom’s human rights record. In this instance, I work with people on ‘how to’ do business.”

British healthtech company Huma is an example of an organisation that has recently expanded into Saudi Arabia.

The platform currently supports more than 3,000 hospitals and clinics and has 1.8 million active patient users globally.

Last month, Huma signed a five-year partnership with Tamer, one of the Middle-East’s leading healthcare distribution companies, to bring its hospital-at-home technology to the 34 million people living in Saudi Arabia.

“Across the Middle East, we’re seeing a real move towards digital-first care, and this is perhaps most evident in Saudi Arabia,” Aida Yousefi, head of commercial, new growth markets at Huma, said.

“Our first work is around cardiovascular disease and diabetes, which are the leading causes of death in the kingdom.

“We’ve already shown how we can increase access to care, especially in remote areas, and actually help keep patients out of hospitals.

“Chronic diseases like cardiovascular disease and diabetes are some of the major killers across the world, and the Gulf is no exception, so we want to help where we can.”

“The Gulf is leading the way in digital health so has been quick to recognise what we can offer, particularly in cardiac health, diabetes and respiratory care,” added Yousefi.

“We’ve found great partners in Mediclinic and Tamer, both highly respected providers and we have built very strong relationships in the region by working with our clients.”

Elsewhere in the region, Qatar’s hosting of the FIFA World Cup in November this year has also generated new opportunities for UK businesses.

“The last few years have all really been building to one big thing in Qatar – the 2022 World Cup,” said Rob King, international sales director at broadcasting, film and media production company Edge Pictures.

“It’s been a massive catalyst for change and essentially helped to build Qatar as it is today.

“As a result, many of our current projects are linked to the World Cup in some capacity.

“We also do a lot of work with many of the bigger companies and entities in Qatar, helping them produce film and screen content across a variety of genres.”

Edge Pictures opened an office in Doha 17 years ago. The company also has offices in London, Durban, Vancouver, and Paris.

“The Edge had a number of foundation clients that acted as a springboard for more projects in the region.

“We could see the incredible pace of change and development that was happening,” said King.

“While there hasn’t seen much competition from the UK and Europe to date, the market is developing and maturing all of the time and we now do see new companies setting up a lot.”

The Edge has worked across the Gulf in countries such as Saudi Arabia, UAE and Oman and King said that while they are always looking to grow their client base and production work in each location, Qatar will remain their main hub and focal point for the team and office. 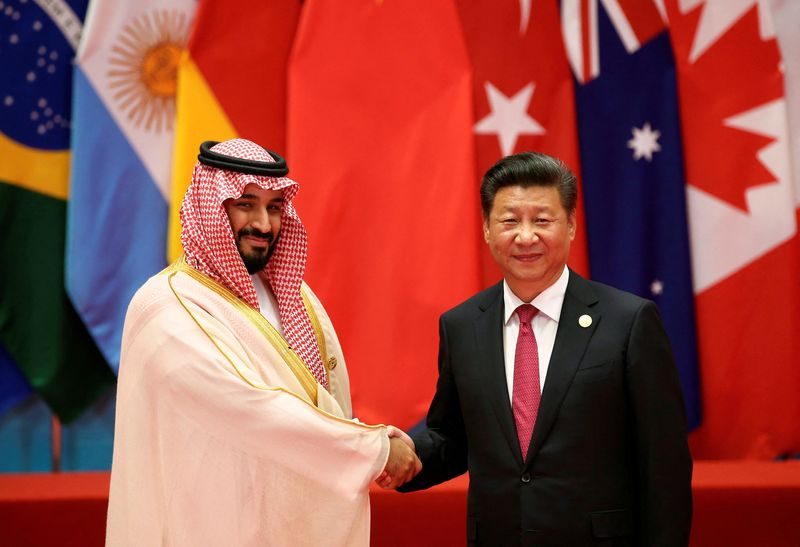