New UAE gold regulations could take the shine off the sector and lead to a supply and profits squeeze, according to experts.

The due diligence rulings were announced last week to help stem the flow of supplies from conflict zones and enhance the UAE’s global reputation in the long-term.

The Due Diligence Regulations for Responsible Sourcing of Gold in the UAE will come into effect in January 2023 and adherence to guidelines will be mandatory for all gold refineries operating in the country.

“They are in line with the directives of the Organisation for Economic Cooperation and Development (OECD) and its annex related to gold,” Safeya Al Safi, director of the anti-money laundering department at the Ministry of Economy, said in a statement to UAE state news agency WAM.

Al Safi said gold facilities must “consider the risks of financial crime in their relations with their suppliers.”

They must also ensure the responsible supply of gold from conflict-affected and high-risk areas.

She added that the guidelines will enhance the competitiveness of the UAE’s business and investment environment, strengthening the economy’s reputation at regional and global levels.

In the conflict zone

Compliance with due diligence processes could slow down, or potentially reduce, gold imports in the short-term, according to industry experts.

“Certainly, such companies will need to realign their supply chain strategies and ensure that the sourcing is legitimate.

“Practically though, some businesses had already chosen not to source gold from conflict zones.

“In the short-term, there could be pressure on profit margins, which may lead to gold becoming more expensive for consumers.

“This may potentially affect Dubai’s attractiveness as a location for gold shopping for locals and tourists alike, at least in the short-term.”

Dubai is the destination for 95 percent of gold originating from east and central Africa, according to data from the United Nations, which says the regions face a high risk of smuggling.

Concerns about Dubai’s role in gold trafficking have grown in recent years.

Critics blame loopholes in regulation that allow gold bullion, smuggled out of war zones and used for money laundering, to be traded.

Bloomberg reported last year that Switzerland has told its gold refiners to do more to identify the origin of bullion arriving from the UAE.

In 2020, the UAE announced the adoption of a Federal Policy for the Gold Sector by the Ministerial Development Council.

This included the establishment of the Emirates Gold Bullion Committee to unify national efforts to enhance governance of the gold sector, with the participation of the private sector, and the launch of a federal platform for gold trading.

The Emirates also launched the UAE Good Delivery Standard for Gold in 2021.

This is a voluntary national standard for the gold sector to establish a framework that favours the ideal specifications for the delivery and circulation of gold.

Aurifer’s Chablani said the UAE’s responsible sourcing is similar to the Kimberley process for diamonds.

“When the regulations do go live, the entire supply chain (from goldmine to showroom) will be disclosed and audited by UAE companies” he said.

“Confidence in this information will certainly give relief to Swiss and other importers of UAE-traded gold on the legitimacy of the sourcing of gold.”

The UAE was added to the Grey List, a list of jurisdictions under increased monitoring by the global watchdog Financial Action Task Force (FATF) in March.

Chablani added: “In 2020, the FATF stated that the UAE had not demonstrated effective supervision of real estate agents, precious stones, and metal dealers.

“It is likely that this regulation was announced in response to the greylisting.”

In 2020, FATF released a study warning of the financial crime and supply chain risks associated with the trade-in gold from conflict and high-risk areas.

“This [regulation] might have some knee jerk reaction [on supply] in the short-term.

“That can impact smaller importers, but in the long run this will positively impact the UAE gold market since it increases the genuineness and credibility of its gold market,” Navin D’Souza, co-founder and CEO of ComTech Gold, said.

“I personally do not see any impact on pricing to the end market user.”

However, Amar Sagar, managing director of Three Star Jewellery, said: “The major gold refineries and importers work within the legal framework provided by the government.

“I don’t see any considerable impact on the prices or profit margins.

“The majority of the gold which is imported to the UAE comes from genuine and conflict- free zones.

“But companies will have to make sure they do their due diligence and not deal with unknown sources.”

Vijay Valecha, chief investment officer at Century Financial, said the guidelines will have an effect on physical supply of the precious metal in the “very short-term”, but that it would be marginal.

He added that gold has been “positively impacted” by the Russia-Ukraine conflict.

“Gold has been, and most likely will remain to be, a safe haven, where investors go to any times of any crisis,” Valecha said.

“This is down to multiple factors – the current global economic state and the ongoing [Russia-Ukraine] conflict.

“The government practices will help stabilise the gold market by ensuring that all gold entering the UAE is documented properly, allowing more transparency in the supply and demand chain.”

“It is time that ethical and responsible companies, supply chains, and miners get a chance to stand out,” he said. 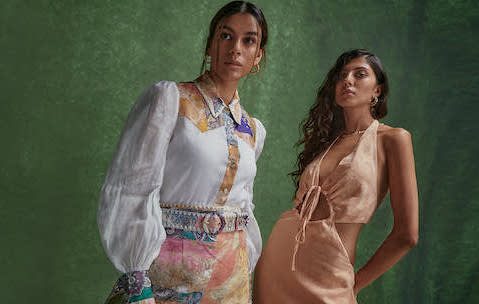