The Gulf’s currencies have been linked to the US dollar for decades: the Omani riyal since the 1970s, the Qatari riyal since mid-2001 and the Bahraini dinar and the UAE dirham officially since early 2002.

The latter three have effectively been linked to the American greenback since the 1980s, as has the Saudi riyal.

The Kuwaiti dinar was the exception, as in May 2007 it decided to shift its peg to a basket of currencies although the US dollar still accounts for 70-80 percent of the value.

This week central banks in Saudi Arabia, the UAE, Qatar and Bahrain mirrored the policy of the US Federal Reserve and increased their interest rates by 75 basis points (bps).

“The rate hikes by the GCC central banks continue to show commitment to the regional currency pegs to the dollar,” Monica Malik, chief economist at Abu Dhabi Commercial Bank, said.

“Inflation in the region is lower than in the US, so the same magnitude of monetary tightening is not required in the region.

“This is especially true for the GCC countries that introduced a fuel price cap.”

‘This does make the decision to peg the currency a difficult one’
Iain Ramsay, Dubai-based chief investment officer at financial services firm AHR Private Wealth

Having no independence over monetary policy and rate-setting continually leaves Gulf countries vulnerable to making rate decisions that may not be correct or warranted in their specific countries.

When considering the very different economic dynamics of the Gulf countries against the US, this does make the decision to peg the currency a difficult one.

For example, while the US has flooded their economy with monetary and fiscal stimulus and is now looking to counteract that with rate rises, many Gulf countries have not, to the same extent.

They benefit greatly from higher energy prices, whereas the US does not. This alone could be a strong argument for independent monetary policy control.

However, it should be said that, with higher interest rates, a peg to the world’s major reserve currency brings with it much stability.

The region is benefitting from that at present, as the US dollar has strengthened considerably against other major currencies.

This stability in currency valuation can be invaluable to the region’s economies, so serious consideration should be given to an alternative monetary approach.

Not that depegging would be a panacea. The increase in rates is global and it’s likely that local economies would need to take some tightening measures.

A more market/external, balance-based currency would tend to move with oil prices and would also likely have appreciated.

‘I expect that to change one day but not right now’
Keren Bobker, a Dubai-based independent financial advisor and senior partner at Holborn Assets

The GCC countries have been pegged to the dollar for so long (with the exception of Kuwait) due to oil revenue, which is priced internationally in dollars.

I expect that to change one day, but not right now, with the rise in prices and current demand.

‘It is a policy that has served regional economies well for several decades’
Faisal Durrani, London-based partner and head of Middle East research at real estate advisory firm Knight Frank

The Gulf economies have on numerous occasions explored the idea of depegging, or adjusting the dollar fixed-peg rate.

It is a policy that has served regional economies well for several decades. Indeed, the recent strength of the dollar has to an extent helped to contain imported inflation.

As long as it retains its position as the go-to global currency benchmark, it is difficult to envisage a scenario where the region’s governments opt to break with the status quo.

Countries that have their currencies pegged to the dollar should generally follow American monetary policy on interest rates, to avoid arbitrage and imbalances.

This is despite the fact that these countries do not need to adopt such an aggressive monetary policy from a fundamental economic perspective.

The GCC countries are net exporters of oil and oil derivatives. Other than that, they are not major exporters of most goods and services.

Tying local currencies to the dollar keeps these currencies artificially undervalued when compared with their value if they were not pegged.

Given the increasing difference in macroeconomic strength between the GCC countries and the US, it could be worthwhile for the region’s monetary policymakers to consider decoupling from the dollar.

In the US, monetary policymakers cannot increase interest rates above certain levels because of the adverse effects on debt servicing.

But this is not a problem for the GCC countries, and the divergence is widening every day.

Decoupling would not affect the competitiveness of Gulf oil exports, thanks to the dollar pricing of oil.

Yes, we have seen the fall of the dollar since early 2000, which has driven a decline of value against other currencies such as the Euro, but it’s not a new issue. Anyone dealing in currencies has at some point faced similar issues.

Whilst it’s clear this has reduced the purchase power of individuals and business in the region, it’s not just a local issue considering that much of the purchasing power impacted is food-related – and this is a global phenomenon. 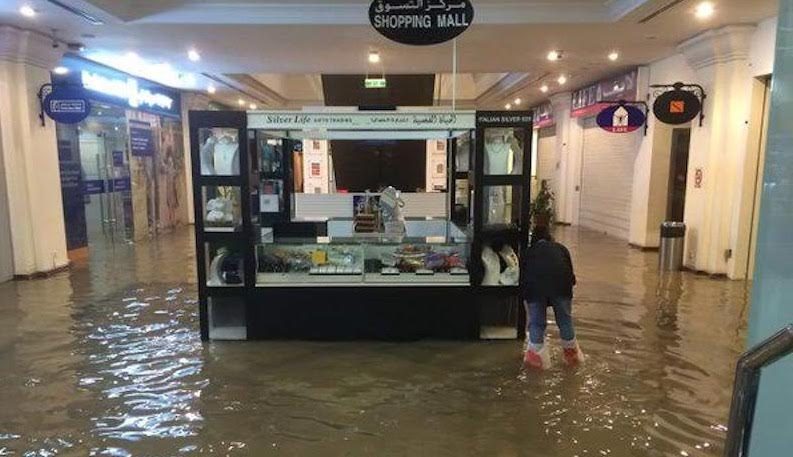