Digitisation costs, but UAE banks need to take the plunge

Banks in the United Arab Emirates are seeing their profits squeezed due to the cost of digitalising their operations, but experts believe lenders still need to invest more to keep up with global benchmarks.

“They should be seeing costs increasing, both their compliance costs and much more of the operating cost because, at some level, they’ll have to put in a little bit more emphasis on the digital side,” Ahmed told AGBI.

Ahmed was the author of A&M’s latest UAE Banking Pulse quarterly report for the first quarter of 2022. His report concluded that, in general, the profitability of the top ten largest listed banks in the country has deteriorated marginally in the last quarter.

The report found that net profit for UAE banks during the quarter was, on paper, up 24.3 percent quarter-on-quarter. However, when you remove the AED 2.8 billion ($760 million) gain made by First Abu Dhabi Bank (FAB) from its sale of a 60 percent stake in payment provider Magnati, the overall aggregate net profit for the top ten banks actually decreased by 2.6 percent quarter-on-quarter. This shows that the increased costs and digital investments are taking a toll on their operational profits.

Dubai-based Shankar Garg, managing director for the Middle East and Africa at Xebia, a US-headquartered global IT consultancy company, which advises UAE banks on their digitisation strategies, said the investments required can vary depending on the scope of work involved.

“An onboarding app for a midsize bank in the UAE is not more than a quarter of a million dollars. Developing a fully fledged digital app could costs you three to five million dollars… I’m just giving you ballpark figures,” he said.

While Ahmed believed the cost savings from digital investments can take time to materialise for UAE banks, Garg said some benefits can be immediate.

“A super app can start giving you results from the moment you launch. If we talk about your investments in artificial intelligence or fraud detection mechanisms… you can start getting your results from day one,” he said.

However, he acknowledged that some investments, such as in automating back office operations, will “vary from being immediate to at least three years” before there are any major, tangible gains.

While Ahmed forecast that the investments needed to digitalise operations would “continue to climb”, Garg said that some cost savings were possible, as UAE banks were more amenable to outsourcing operations outside the country, compared to before the pandemic in 2020.

“Pre-Covid there were times when everyone wanted people sitting in their offices. When I used to tell them that we have offices in India and we can do this work for at least half of the cost that we charge you in Dubai, they said, ‘no, we have great offices, why would we want people sitting in India? We would want people sitting here’. But that has changed completely,” he said.

Investments in the sector are certainly widespread. UAE banks have been investing in launching their own digital-only banks, in a bid to target younger customers, such as LIV by Emirates NBD and Mashreq Neo by Mashreq Bank. Abu Dhabi investment firm ADQ is also planning to launch a new digital banking platform and 88 percent of UAE banks surveyed in 2021 vowed to implement open banking frameworks by the end of the year.

Xebia has worked with more than 150 banking and financial service providers around the world, helping them with their digital strategies, and Garg believed that the UAE is still playing catch up.

“We feel that UAE banks typically are lagging behind when it comes to adopting the latest and greatest of offerings,” he said, pointing out that Blockchain adoption was one area that needed development and additional investment.

The UAE has a large pool of banks and is home to nearly 48 local and international lenders, serving less than ten million people. Ahmed said he believed “it would be helpful to have fewer banks” in the UAE. Garg pointed out that further consolidation within the sector would lead to greater efficiencies.

He said the top five or six banks in the UAE had implemented digital plans and policies, but “the others are too small to even try and implement such plans”. 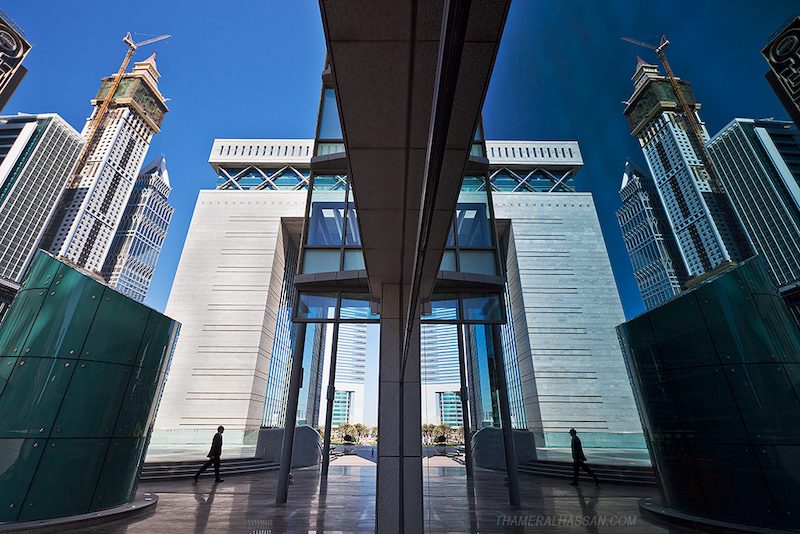